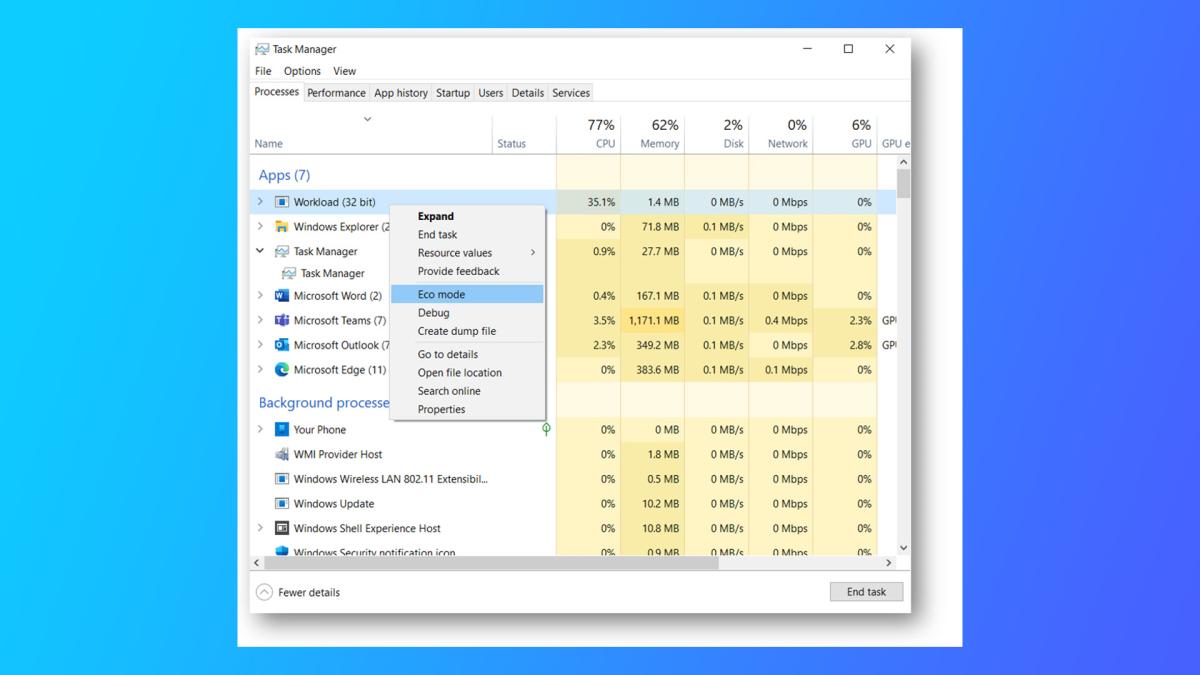 Eco Mode, the new functionality of the Windows 10 task manager that promises to improve the performance of your computer

The Windows task manager is a memory of the past, it has been around almost since the beginning of Microsoft’s operating system. You don’t usually pay much attention to it, but it just got some really cool functionality.

Windows 10 does not stop receiving news and updates. We recently learned that Microsoft is planning to revitalize its application store and, now, the latest version in development of this operating system is released functionality that promises to improve system performance.

The novelty focuses on the task manager. Yes, in that little window that you enter when a program hangs and we cannot close it normally. It may be that at the time of development of this section, Microsoft’s intention was for users to have a place to monitor the performance of their computers.

This window in which to see the applications that are consuming more resources, the capacity of the RAM memory, the speed of the processor and if the storage is working as it should; it does not usually receive major changes. But it seems that that has ended with the arrival of Eco Mode.

Windows 10 Eco Mode is a new way to manage program performance. The way it works is to identify the applications that consume the most resources (processor and RAM). When detecting these high consumptions, what it does is notify the user and offer him an option to reduce these excessive consumptions.

It is a way of keeping at bay some programs that tend to have behaviors that are not in accordance with their use. The clear example is Google Chrome and your problem with RAM consumption. In addition, the Eco Mode would avoid the need to close these programs and have to open them again hoping that they make a responsible consumption.

Microsoft states that Eco Mode will be able to reduce the workload at such levels that work performance will be improved by between 14% and 76%. At the moment this new functionality is not available in stable versions, If you want to try it, you have to install the Insider Preview Build 21364.