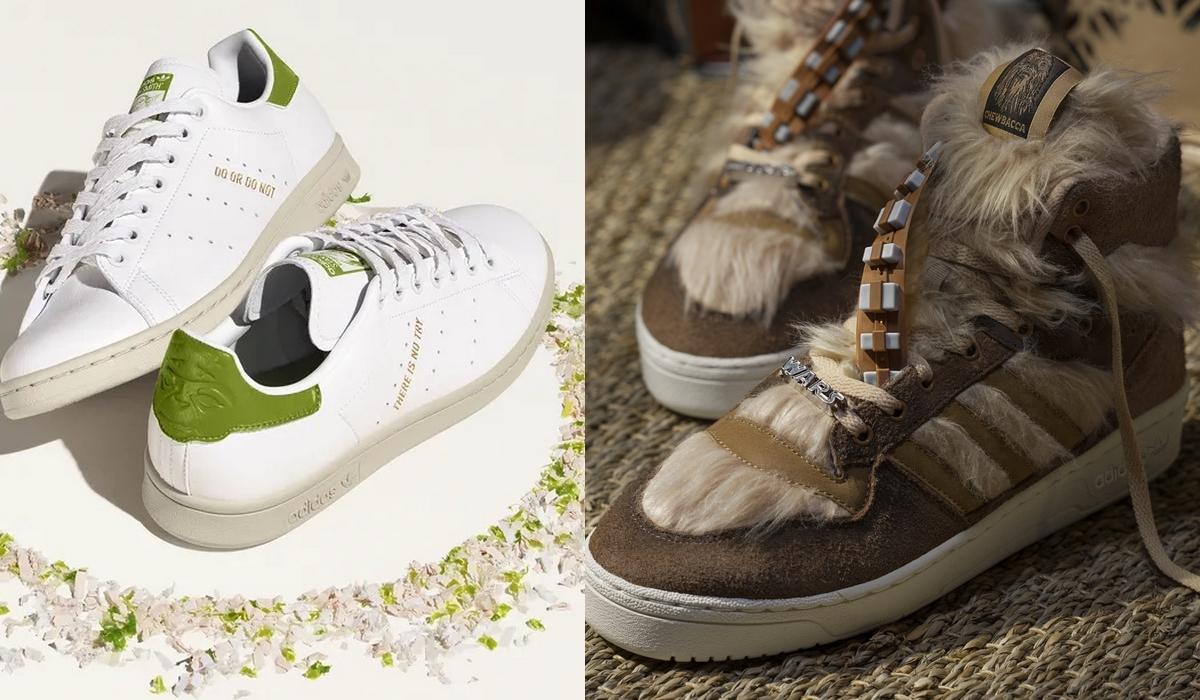 Yoda and Chewbacca always went barefoot, but Adidas has made them trainers

Cinema and sports accessories have always gotten along quite well. And while Yoda and Chewbacca weren’t very fashions (not even shoes), Adidas has created sneakers in their honor.

The German firm Adidas it has always been linked to sport. It not only produces sportswear, but also sponsors numerous soccer teams and other disciplines. But he also usually closes deals with the world of cinema and even video games, to extend the brand to other sectors.

Next month they go on sale the new Adidas Stan Smith that pay homage to Yoda. Although the ones that have won us are Adidas Rivalry Hi Star Wars Shoes dedicated to Chewacca, with its furry lining and, above all, the holster that crosses the flap of the sneakers.

The Stan Smith of Adidas They have been on the market since 1973. Their characteristic green tones have made it easy for the German brand, after sealing an agreement with Disney. What Disney characters are green? Well Yoda, Mike from Monstruos SA, or Gustav the Frogor. They all have their Adidas trainers, although the last to come out have been those of the Jedi Master:

Yoda is not the most photogenic character to put his face on sneakersBut no one can accuse Adidas of cowering.

On the sides of the footwear you can read, highlighted in gold, the now mythical phrase of Yoda: “Do it, or do not, but do not try“.

The Adidas Stan Smith de Yoda they are put on sale on May 5th, coinciding with Star Wars Day, at the price of 120 dollars.

But the sneakers we’ve fallen in love with are the Rivalry Hi Star Wars Shoes dedicadas a Chewacca, that unlike Yoda’s, brim with personality (and hair), on all four sides:

They launched a while ago, to celebrate the 40th anniversary of Star Wars, and they are a collector’s item, rather than a sportswear.

Based on the Rivalry Hi worn by the great basketball stars, in addition to their rough finish they stand out for the tuft of hair that peeks out from the top and sides, and especially for Chewbacca’s distinctive holster, which paradoxically was the only thing she wore.

They are priced at 150 dollars. And if you haven’t had enough yet, don’t miss out Baby Yoda’s sneakers…

This Philips oil-free fryer fits a whole chicken, and it's cheaper than ever on Amazon