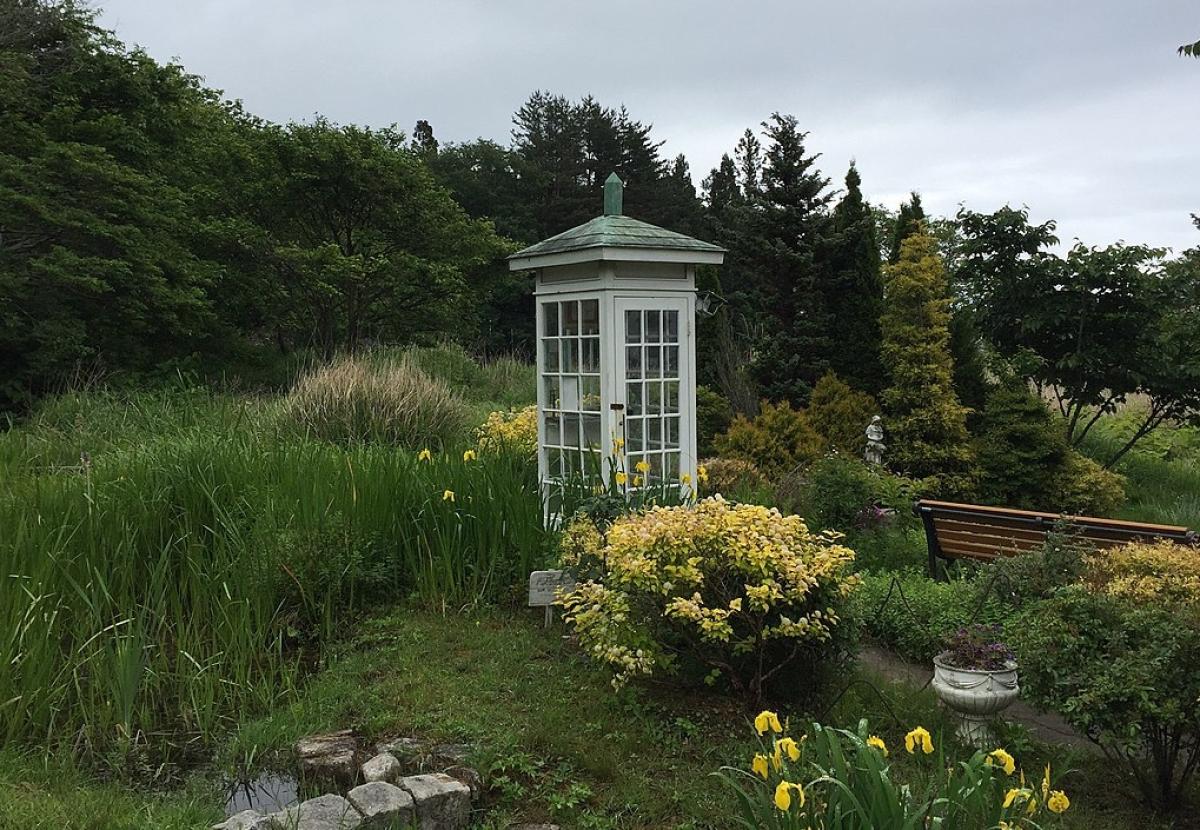 The Wind Telephone, a disconnected booth used by thousands of people to speak with their deceased

In a park in the town of Ōtsuchi, Japan, a lonely, discolored cabin resists the onslaught of the wind. Your old rotary phone is not connected to anything, but it has been used by more than 30,000 people to talk to their loved ones.

There are technologies that transcend their function, to become a symbol. A metaphor for life … and death. The phone booths today they are an anachronism of telecommunications, but there is a booth in Japan, the Wind Telephone, which despite never having worked, has been used by thousands of people.

In 2010, a gardener named Itaru Sasaki received the news that his cousin, with whom he was very close, had passed away. To overcome the blow, he decided to build a phone booth where, symbolically, he could talk to him.

According Explain Sasaki himself, had no religious character: “Since my thoughts could not be transmitted through a normal telephone line, I wanted them to be carried by the wind.“So he called it the Wind Telephone. He placed it in his garden, and it helped him overcome his loss.

In Japan recycling is mandatory, there are up to 45 different categories, there is a “recycling police”, and you have to do things like remove the cap and the label from the bottles, and wash them with water.

Just a year later, in 2011, a terrible tsunami shook Japan, killing 15,000 people. 10% of the inhabitants of Ōtsuchi, the place where our gardener lived, died from the tsunami, about 1,200 people.

Since Itaru Sasaki had been helped, decided to open his garden to the public so that whoever wanted it could speak with their loved ones who died in the tsunami, through the Wind Telephone.

The symbolic idea appealed to the townspeople, who queued to enter the cabin that was not connected to anything, but where they were seen talking, crying and saying goodbye to their deceased relatives.

In these 10 years more than 30,000 people, even from abroad, They have gone to the Wind Telephone to say goodbye to their relatives, or talk to them.

The idea has had an international impact: there are already more than a dozen Wind Telephones in countries such as the United States or Ireland, to contact with relatives who died from Covid-19, or other tragedies.

Inside the cabin of this first Wind Telephone there is only an old black rotary phone, a notebook where some people write their thoughts, and a candle, as we can see in the next photo. To your right, a similar cabin built in Ireland.

Without any religious or paranormal connotation, thousands of people flock to these Wind Phones to speak symbolically with their deceased relatives.

A moving but, at the same time, extraordinary example of how sometimes technology goes far beyond its practical function, to become a metaphor that is part of the intimate and personal life of human beings.

Fiat will also make only electric cars in 2030

Snapdragon 750G and 5G connection: this Xiaomi mobile is powerful and now costs only 266 euros