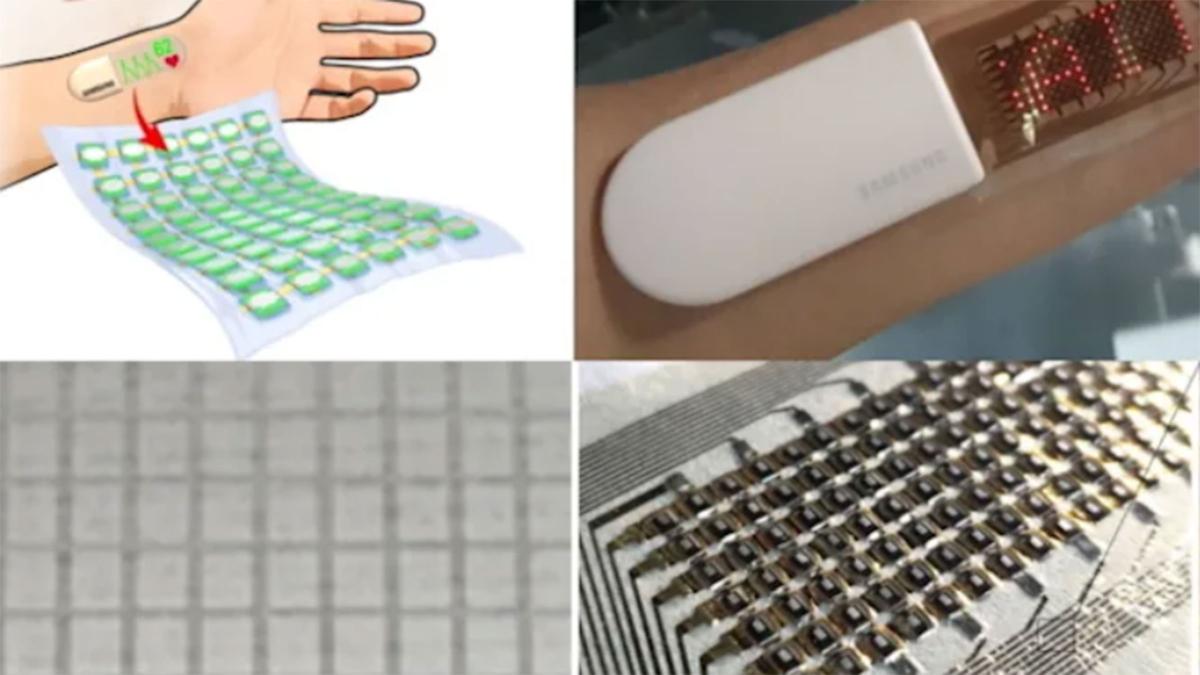 The South Koreans are working on a device in the form of an extendable electronic skin, which will be able to detect your heartbeat with extreme precision, among other things.

Samsung is currently working on different technologies that allow us to have flexible smartphones that we can fold and store in our purse or pocket in a simple and amazing way, but South Koreans want to go much further with other types of devices that could deform to the maximum.

Specifically, South Koreans have developed a skin-like OLED display with a built-in heart rate monitor and that apparently can be stretched up to 30%. Thanks to this technology, more precise measurements can be provided than current portable devices, and on top of it with greater durability.

In this technology he is working a team of researchers from Samsung Institute of Advanced Technology (SAIT) which has succeeded in creating a portable device with a flexible screen that can provide stable measurements, even after being stretched up to 1000 times.

To achieve such a goal that the device can be stretched so pronounced, they succeeded in replacing the plastic material used in current extendable screens with elastomers. They then modified its molecular composition to increase its strength and relieve stress caused by elongation. being able to even integrate a semiconductor in the device.

Not only that, they also applied a stretchable electrode material that resists deformation in the elastomer area. By making elastomer more resistant to chemicals and heat they have shown that their invention can be equipped with sensors and health-tracking semiconductors similar to those used by smartwatches.

The good thing about this type of folding device is that it adapts better in movement by fixing on the skin of the users, for example, to make a continuous measurement of the heartbeat, and with greater sensitivity. Nevertheless, they even managed to pick up a heartbeat signal that was 2.4 times stronger compared to a fixed silicon sensor.

In the future they want these flexible devices to be used to monitor peripheral oxygen saturation, electromyogram reading and blood pressure.