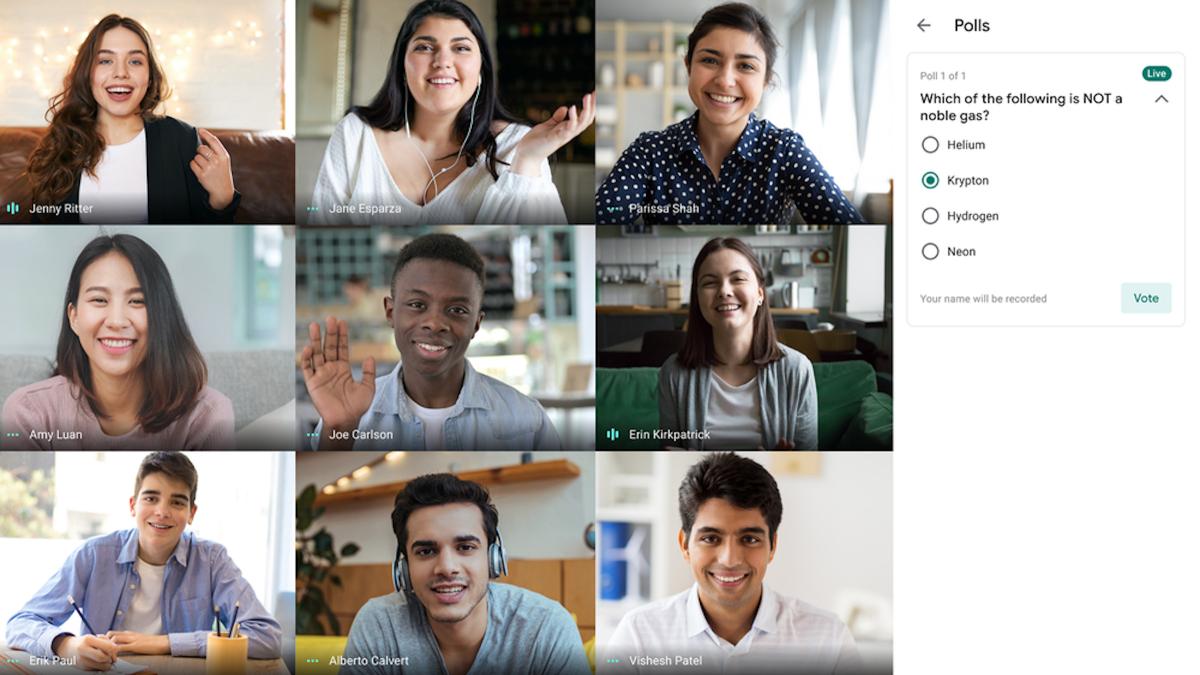 Google has finally deigned to update Google Meet to include a feature that has been around for a long time in Zoom.

Video calls are part of our day to day and companies increasingly improve their services for making these conferences. One of these companies is Google with its Google Meet service, but it is not the only one since there is also Zoom and it is possible that those of Mountain View have been inspired by this second for their new feature.

We do not always have a pleasant or completely ordered background during video calls, in those situations the possibility of changing the background or blurring it can be of great help.. So far few applications offered this feature. Zoom was a pioneer in this and did it at the right time, in the midst of a pandemic.

Google has not been left behind and although it has taken a little longer to offer it to users, it has finally done so. From today you can change the background of Google Meet in Android video calls. The news does not surprise anyone, as they had already announced last year that they would implement this feature.

Those of Mountain View offer 25 different options to change the background, these images are predefined by the company and are not customizable. This works against him because in Zoom the user can customize the background of the video calls and embed the image he wants without problem. Of course, changing the background is not the only feature they have prepared for Google Meet.

Now the application also allows you to blur the background and this blur can be controlled in intensity to make it more or less subtle. Both features They will reach users gradually and you will not have to be a paying user of the Google suit to be able to use them. As always It is recommended to have the application updated in order to receive the news as soon as possible.

128-player multiplayer and tornadoes: how 'Battlefield 2042' wants to become the most epic installment of the series

A HomePod with the Google assistant or an Amazon Echo with Siri: the European Commission asks to end the lack of interoperability between the assistants