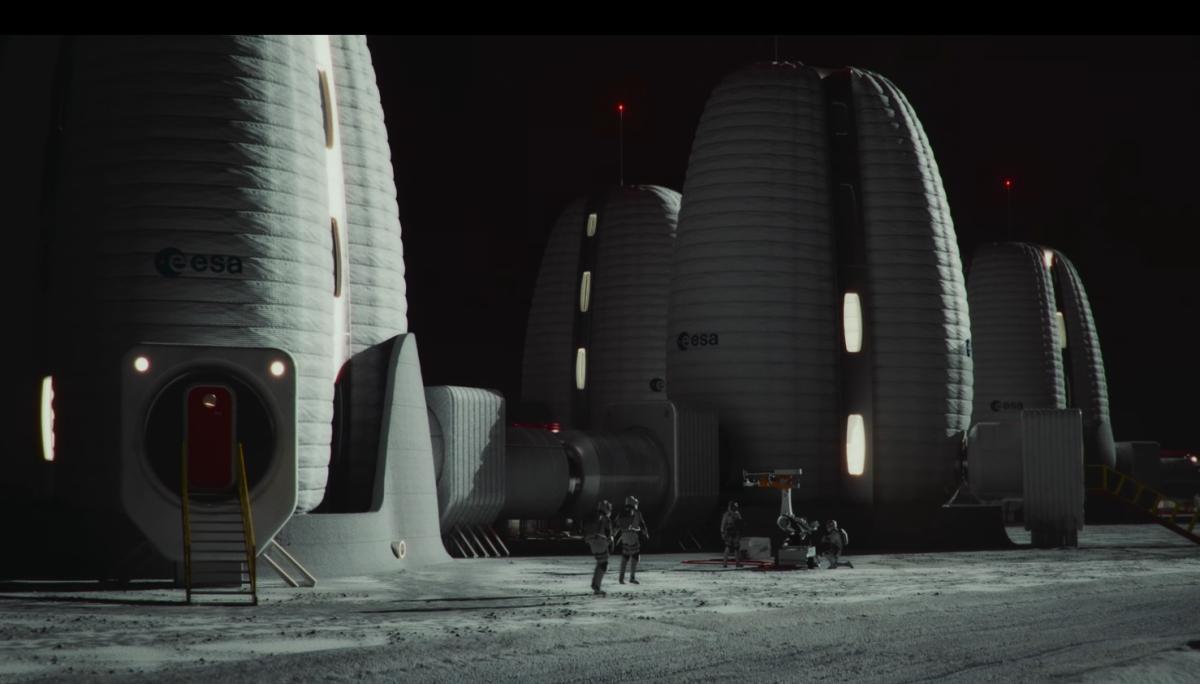 The European Space Agency shows its city on the Moon project

The European Space Agency plans to take astronauts to the Moon in a few years, so you have to think about where to install them …

In the not too distant future, astronauts from NASA and space agencies from Europe, China or Russia, they will spend months on the moon. Before this is possible, the habitats where they will reside must be designed.

One of the most spectacular proposals we have seen is the one presented this week by the European Space Agency (ESA), in collaboration with the Chicago architecture studio, Skidmore, Owings and Merrill (AS), responsible for some of the tallest skyscrapers in the world, such as the Burj Khalifa, or the One World Trade Center.

That habitat on the moon has been presented in the Architecture Biennale 2021. Do not miss the video because it is spectacular:

SOM is one of the most prestigious architecture studios in the world, and it proves it with the implementation of some very interesting ideas.

Is City on the moon, call Life beyond Earth, is composed of buildings that are partially inflatable. This allows them to occupy half during transport, and they do not need construction: they are deposited on the Moon and inflated to double their size.

These structures are connected to each other by means of tubes, which would allow passing from one building to another without the need for a protective suit.

Another very practical contribution is that they structure they have 4 floors, to take advantage of the space. Thanks to the low gravity of the Moon, you can go up or down without the need for stairs, simply by taking momentum with some rings.

All the details have been thought out to the maximum. Even the location of this city on the Moon, which would be in the rim of Shackleton Crater, at the south pole of the Moon. The reason for this is that the temperatures there are not so extreme, and there is also sunlight almost all day, essential to power the solar panels that would capture electricity so that this habitat on the Moon can function.

It is a truly spectacular proposal. Will we ever see it come true?

Facebook prepares a smartwatch with two detachable cameras and screen: it will arrive in a year according to a report