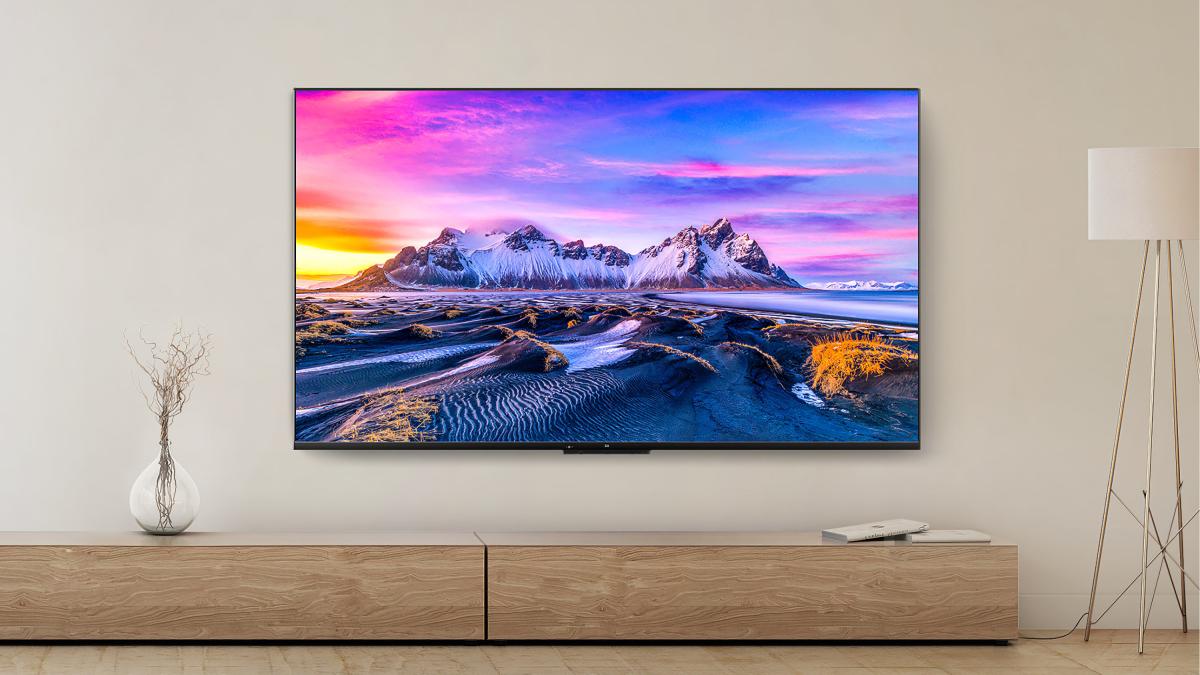 The new Xiaomi Smart TVs for this 2021 can be purchased on Amazon from 32 inches to 75 inches with LED and QLED panels.

Xiaomi is very serious with its Smart TVs. Although we already had several models in Spain, the company has renewed its entire range of products to adapt them to the new times while maintaining one of its main characteristics, such as adjusted prices.

The new Xiaomi Smart TV Mi TV series P1 Y Mi TV Q1 they can already be purchased in Spain. They are presented as an economical option with good panel quality, compatible with 4K and also con Android TV to compete against the big ones like Samsung and LG.

The world of televisions is moving fast and there is increasing pressure against Samsung, LG and Sony. Much cheaper brands such as TCL, Hisense and even Xiaomi are making a niche for themselves with very cheap models and good technical characteristics.

In addition, these televisions arrive at the best possible time with the arrival of the Eurocup and the Olympic Games.

The first model launched this year is Xiaomi’s first Smart TV with a QLED panel. This 75-inch Xiaomi Mi TV Q1 is by far the premium model that the brand has and that has as its flag an excellent Samsung panel and a huge size.

Samsung’s QLED panel gives you more vivid colors and a deeper black thanks to Quantum Dot technology. It supports 4K, HDR10 +, HDR10, HLG, and Dolby Vision video. It also has the latest version of Android TV with Chromecast as the operating system.

As a good premium Smart TV, the price is also premium. Right now it can only be achieved by dropper in Media Markt for 1,599 euros.

Of the latest Smart TVs announced by Xiaomi this is the smallest model. The good news is that all Mi TV P1 models regardless of size have almost the same features, so you can expect the same performance on all of them.

32-inch Xiaomi Mi TV P1 has an LED panel and is the only one that is compatible with at most 720p video, not 1080p or 4K. The size is very small and this type of 32-inch TV is often used for places where 4K does not make much sense.

Its total size with the base included is 73.3 x 18 x 47.9 cm. It maintains Android 9.0 as the operating system, Bluetooth, WiFi, 3 HDMI connections and 2 USB ports to connect hard drives and pendrives.

43-inch model of the new generation of Xiaomi Smart TV, compatible with 4K, HDR10 + and with Android TV.

The first model of these series Mi TV P1 with 4K has a size of 43 inches. Besides the size and what supports 4K and HDR10 +, makes the leap to Android TV 10 as an operating system.

As for the rest of the characteristics, it is rather identical, with 3 HDMI ports, one of them being eARC 2.1 and the rest 2.0. It also has 2 USB 2.0 ports, AV input, 1 Gigabit Ethernet port, headphone output, WiFi and Bluetooth.

50-inch model of the new generation of Xiaomi Smart TV, compatible with 4K, HDR10 + and with the latest version of Android TV and Chromecast.

We move on to the second largest model of the new generation of Xiaomi Smart TV with a 50-inch LED panel.

This 50-inch Mi TV P1 has all the functions of the previous model, including Android TV 10, integrated Chromecast and assistant, HDMI connections, USB to connect pen drives and hard drives.

55-inch model of the new generation of Xiaomi Smart TV, compatible with 4K, HDR10 + and with the latest version of Android TV and Chromecast.

This is the largest model in the Mi TV P1 series, with a 55 inch LED panel compatible with 4K, HDR10 + and with Android TV 10 as the operating system. Like the other two previous models, its specifications do not change more than in physical size.

In PcComponentes you can find it a 549.98 euros with free shipping. Meanwhile, you can get it on Amazon for 649 euros with totally free shipping and fast delivery for Amazon Prime users.

Nigeria and Twitter: the latest 'diplomatic' conflict between governments and big tech

24 tech news to start your morning informed of the latest