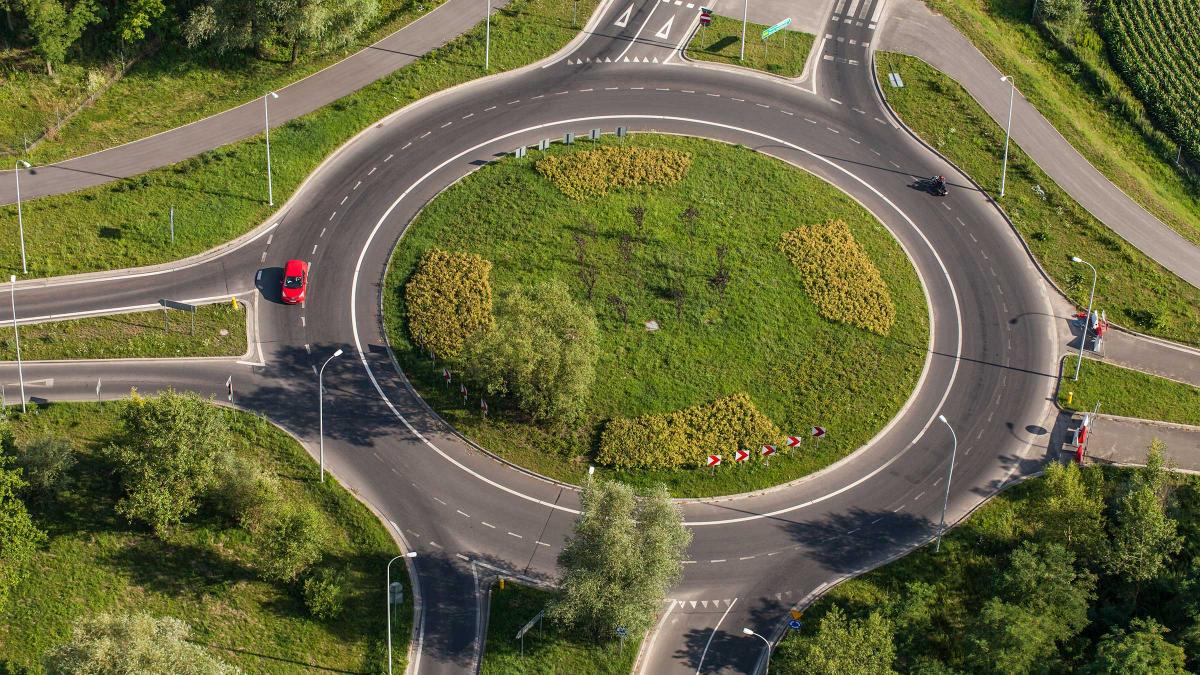 The Civil Guard is not short: surely you have been driving badly through the roundabouts all your life

The DGT and the Civil Guard once again recall the main traffic rules within a roundabout, but the second institution has disproved a myth that usually generates much debate.

Although drivers in Europe are more familiar with roundabouts than in other countries or regions where they are rare, that does not mean that we do not continue to make mistakes. They are a very effective solution for smoother traffic, but they are also a frequent point of collisions and misunderstandings between drivers.

For this reason, the DGT often recalls the three or four basic rules that must be respected for good traffic. So does the Civil Guard, but this has decided to add one more information in which there is usually controversy.

The Civil Guard has wanted to disprove a widespread myth Among drivers, you should not always travel in the right lane. The image shows it well, you can drive through the center, as long as when leaving you change to the outside lane before you do not cross it.

The three main rules are basic and should be known and respected by all drivers of any vehicle: “Yield to those within it: true. The vehicle occupying a lane takes precedence over the one that is going to access it: true. To exit the roundabout, it is essential to first position yourself in the outside lane: true. Always ride in the outside lane: FALSE!“

📣Follow these 3 rules to ride well👍for a #roundabout🔄1️⃣ Those who circulate on it have preference. 2️⃣ To exit, always in the outside lane. 3️ cualquier Signal any lane change. #HiloGlorietas, more situations👇https://t.co/OcG92KA4m7 pic.twitter.com/1h72pyMPOI

In both graphs you can see the correct green marking of how a vehicle circulates in the inner lane and then exits to the outside and ends up leaving the roundabout. On the way the car has signaled all lane changes with its turn signal. This is the proper way.

The inside lane can be used if the turn we are going to make in the roundabout is steep and the exit is far away, which gives us time to change lanes regularly. If our exit is the first or the second and the route is short, it would be better to use the exterior so as not to obstruct the circulation or make sudden changes as shown in the image.

The #turboglorietas they are a bit more complicated. To circulate correctly it is very important to observe the signs and position yourself on the correct lane. 👉https://t.co/SjqiFjoXE4 pic.twitter.com/vFFK7JmNWq

Even in so-called turboglorietas the use of the inside lane for large direction changes is allowed and advisable. “In turboglorietas it is very important to observe the signs and position yourself on the right lane to circulate correctly“explains the DGT.

El Salvador, where Bitcoin is legal tender, has a plan to obtain clean energy and mine it: use the volcanoes