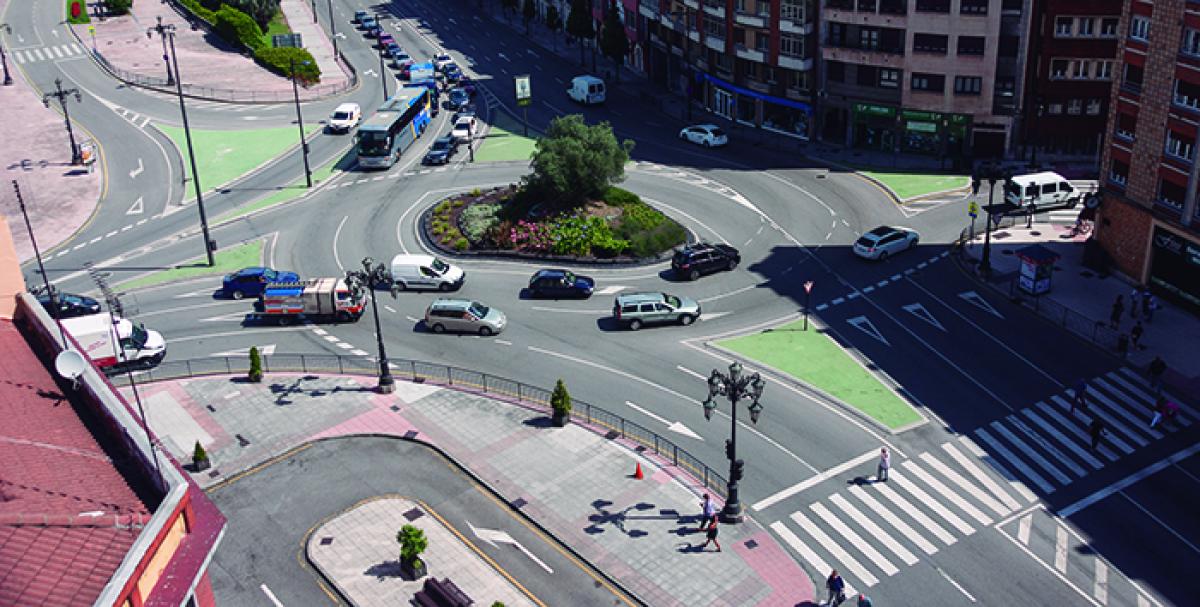 Do you know what a turbogloriet is? The DGT remembers what they are and how to circulate correctly through them

Can you tell the difference between a classic roundabout and a turboglorietta? The DGT explains the similarities and differences between the two systems.

It is very possible that many drivers do not know or do not use the term turbo roundabout, even that they cannot see the difference between a classic roundabout and these more agile roundabouts if they are not indicated with traffic signs the procedure before entering one. Still, the concept is simple and the DGT reminds us of its rules.

The Tuboglorietas They are a type of intersection very similar to roundabouts, but with small differences that greatly change their circulation. They were designed in the Netherlands in the 1990s with the aim of reducing traffic congestion.

They arrived in Spain for the first time in the town of Grado more than 10 years ago: “Since then, circulation has improved remarkably. The solid line is what gives fluidity. If they respect it, the traffic is much more agile. It is rare that there is any retention” Explain Carlos Cadierno, Agent of the Local Police Degree in the information contributed by DGT.

The DGT has sent a notice stating that the registration of the mobile radar by the user would be illegal and that it could have consequences if a legislative reform is carried out.

Roundabouts and turboglorietas share the rule by which vehicles that circulate inside have priority over those that intend to access. It is also important to signal with the turn signal the change from one lane to another when driving inside the roundabout.

However, one of the main singularities of these intersections is that the traffic is channeled towards different exits thanks to the design of the road, in such a way that it is not possible to make the entire square on the outside lane.

“The turbo roundabouts are simpler, there is less decision making, the circulation is more agile and they have greater capacity. In addition, by eliminating lane changes in internal traffic, conflict points are reduced.“, Explain Carlos Suarez, traffic engineer.

The #turboglorietas they are a bit more complicated. To circulate correctly it is very important to observe the signs and position yourself on the correct lane. 👉https://t.co/SjqiFjoXE4 pic.twitter.com/vFFK7JmNWq

As the image shows, the solid line prevents drivers from crossing from one lane to others and exit through the nearest exit, if you want to continue turning it is necessary to stay in the internal lane that will direct us to the next exit. On the other hand, the small sections with a broken line give access to the inside lane to continue turning.

In this way, the classic crossing that many drivers make when they see that their exit is approaching and they are in the inside lane is avoided, crossing the outside lane in a bad way and causing confusion and accidents with other vehicles.

Before any turboglorieta, the signage must remind the vehicles of the traffic rules of this peculiar intersection so that they know that they are not entering a classic roundabout.