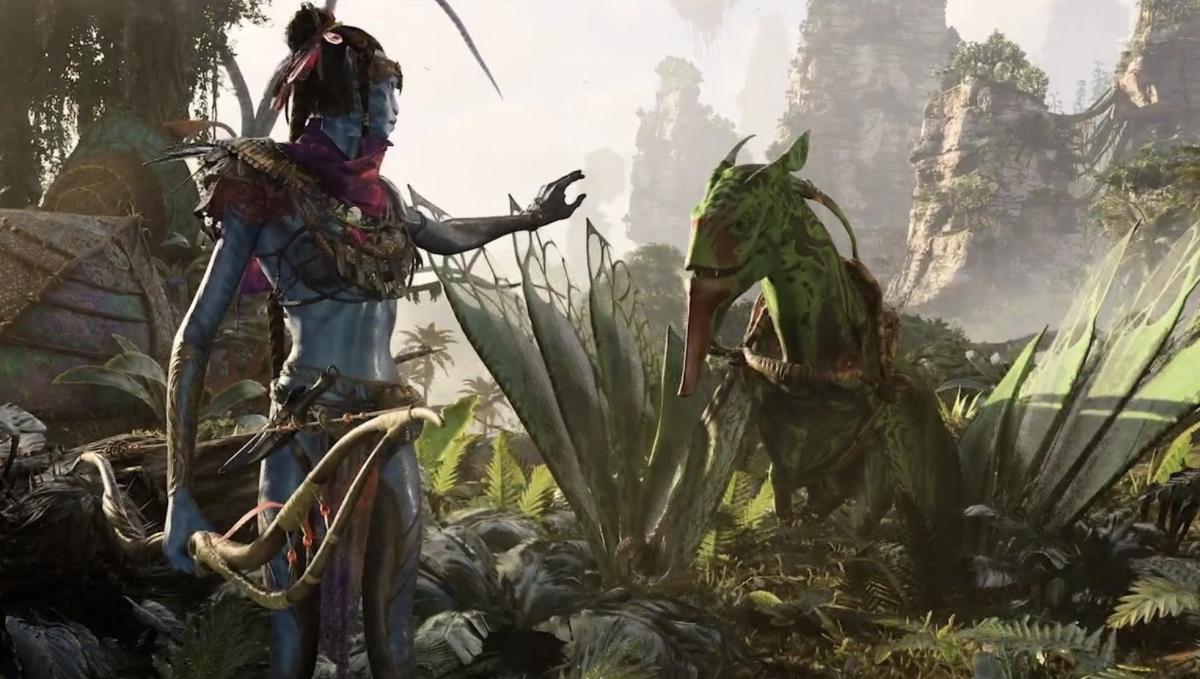 In our summary of Ubisoft Forward E3 2021, the event focused on the novelties of the gala company, we are going to tell you all the news that has been presented, both in relation to new announcements and the news of those that had already been presented previously, such as Far Cry 6.

The presentation got off to a strong start, with an in-depth look at Rainbow Six Extraction, which has changed considerably since its announcement at E3 2019.

It was not the only game that has returned: Riders Republic, news about Rainbox Six Siege or new announcements like Rocksmith + …

These are the most successful external hard drives in Amazon Spain in different storage capacities.

Announced at E3 2019, this multiplayer tactical shooter starring security force operators, introduced an element of horror and science fiction, by putting into the formula a alien virus that infects all its hosts causing monstrous mutations

After the last teaser shown a few days ago, the game confirms that it has seriously changed since its first appearance, and among other things it has shown the devastating ravages of this ever-evolving alien menace and how the title Extraction is all about its gameplay.

This “extraction” has to do with the rescue of Operators captured by the aliens, who have them in their nest to be infected and transformed. The game will unite the operators of different countries, until now faced, to cooperate together this common threat.

The Archaens, the aliens, will have numerous resources to neutralize us. There will be different species (some throw spikes, others are like tanks … and more that have not been seen), as well as a sticky black liquid that will begin to flood floors and walls, slowing our progress.

The inserts in the nests of the Archaens will invite us to use stealth tactics, as well as gadgets such as a special light that will reveal their weak points, even through walls. We will also have a kind of small reconnaissance drone.

As in L4D there will be safe areas, where we can leave behind enemies that are chasing us, and we can investigate the scenarios to recover intel and we can develop new technology to face the threat.

The gameplay that Ubisoft has shown invited to investigate one of the three floors of a base, to recover Intel. After completing the objective, we can either be evacuated or go deeper into the base … which is usually more difficult, and where the operators will be able to fall more easily.

All with a rather gloomy and successful atmosphere, which we will be able to taste next September 16, on PS5. Xbox Sereis X | S, PC, PS4 and Xbox One.

Ubisoft has announced Rocksmith+ on Ubisoft Forward the return of your guitar learning tool, with tons of new options: many more lessons to learn guitar and master some styles, a wider selection of themes and genres, the ability to use your mobile as a microphone or the possibility of using bass, acoustics or amplifications without the need for anything additional.

There will be weekly updates that will add new songs, and numerous options to find songs according to your taste and level. It will be possible to participate in a closed beta on PC, which players will be able to sign up for after the event is over.

Riders Republic returns to Ubisoft Forward to show its progress, after the delay it is a multidisciplinary sports game, that is, it does not stick to a single sport. It will have an important social component, events for more than 50 players, progression, dozens of unlockable objects to customize our character …

But the most important thing is that it will be possible to alternate between cycling, snowboarding, skiing, descending with a winged suit (and parachute to land) and the propelled winged suit (in addition to snowmobiles to travel great distances and explore the huge map of our whim). We have told you many more things about Riders Republic here.

“Vital” enhancements to the gameplay experience, such as cross-platform progression, cross-play, and more are announced on the roadmap.

Announced the new dance game for November 4, with contributions from artists who will write some songs exclusively for the game (with the possibility of participating in the video recording) and 40 songs from groups like Imagine Dragons.

The great success of last Christmas could not remain without appearing. Assasin’s Creed Valhalla continues to receive free updates to enhance the gaming experience, with new weapons and upgrades.

In addition, a brief look at the Siege of paris, the DLC that will arrive this summer and the Discovery Tour of Valhalla has been announced, with which we will be able to learn more about the life of the Vikings this fall, and will be free for all owners of the base game.

And not only that, it will be the first game in the series that will have a “second year”, with new expansions that could begin to arrive after the summer. Even the narrator has dropped that the journey of Eivor is not over … will we see a trilogy in the style of the adventures of Ezio, even in downloadable format? Who knows…

A new cinematic has served to show the capacity for interpretation of Giancarlo Esposito, and the usual cruelty of the villains of the saga, as well as the complex relationship with his son.

The thing has not stopped there: the season pass will allow us to control the three villains from previous installments in some kind of new mode or story that has not yet been explained. Thus, we can control Vaas Montenegro from Far Cry 3, Pagan Min from Far Cry 4 and Joseph Seed from Far Cry 5. And as a gift, the outstanding Blood Dragon will be included.

Even if leaked this afternoon and the surprise was shattered, the sequel to Mario + Rabbids is now official. It will be a space-cut adventure, exclusive to Nintendo Switch, that promises to be infinitely more ambitious in every way. It is not about including new bosses or ideas.

The title will offer many more tactical options, characters and mechanics, such as the so-called “sparks”, which will allow the heroes to develop new abilities.

Ubisoft has closed its event in a big way, showing for the first time the expected Avatar: Frontiers of Pandora game based on the Avatar universe, running on the new generation Snowdrop graphics engine (without specifying version, but presumably it will be PC).

The scene, which you can see above these lines, is quite reminiscent of some moments from the original film, such as the attack by humans, with all kinds of machinery, on the blue inhabitants of the planet Pandora. All with an outstanding level of detail.