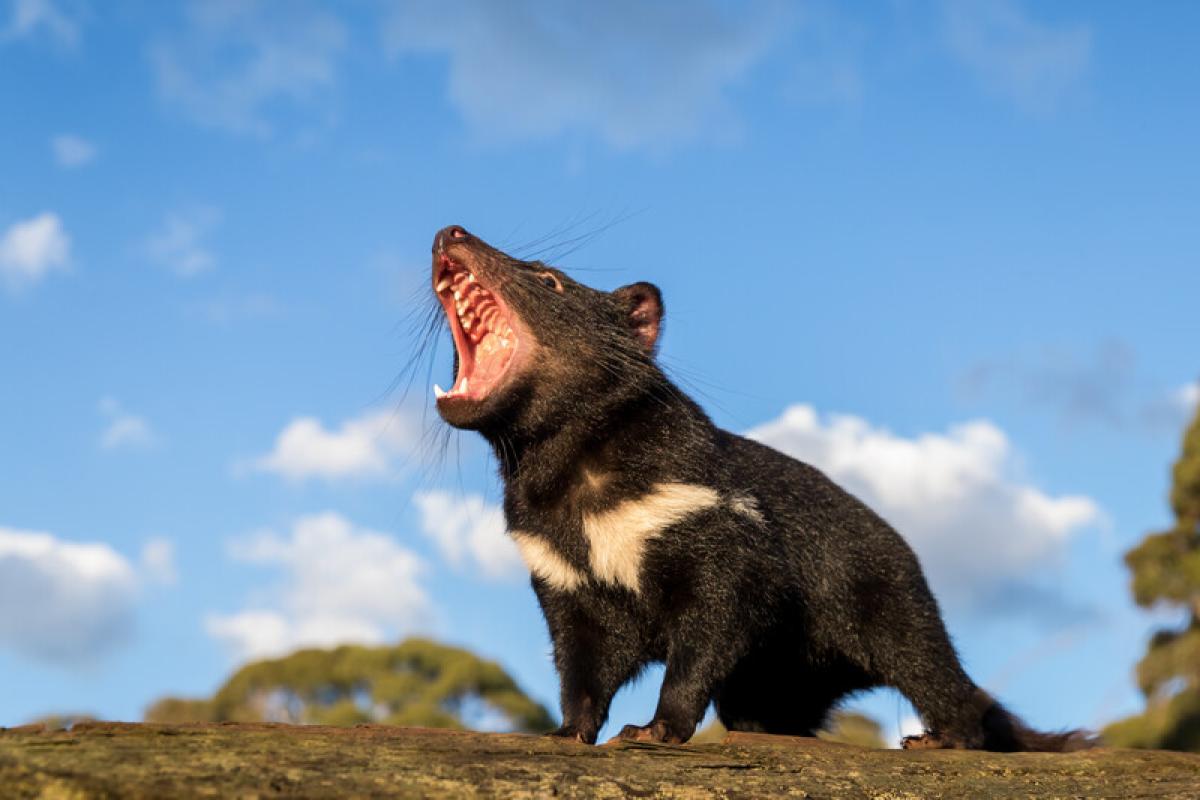 For the first time in 3,000 years, a Tasmanian Devil is born free in Australia

They seemed safe from extinction, but a terrible disease has once again decimated them. Now they seek to get rid of it thanks to an isolated population in Australia, the first in 3,000 years.

The Tasmanian Devil or Devil It is the largest remaining carnivorous marsupial, following the tragic extinction of the Tasmanian Tiger a few decades ago. Just live in the Tasmania Island, and attempts to reintroduce them in other areas have failed … until now.

The Tasmanian Devils, named for their aggressiveness when feeding or mating, also lived on mainland Australia, but became extinct three millennia ago. Now for the first time in 3,000 years, a Tasmanian Devil was born in Australia, in the wild.

It has been possible thanks to a 10 year effort by Aussie Ark, Re:wild and WildArk, three environmental associations that have been selecting genetically diverse animals on the Island of Tasmania and learning their behavior, habits and breeding habits, to reintroduce them into the habitat of their ancestors: Continental Australia.

Without the efforts made by biologists and Spanish authorities in the last 30 years, today the Iberian lynx would no longer exist. The same would have happened with 47 other species of animals in the rest of the world.

As we say the Tasmanian Devil only lives in the wild on Tasman Island. They became extinct on the continent when the dingo, a wolf from Asia, appeared.

Luckily the wolves did not reach the Island of Tasmania, but in recent years another threat haunts them: a facial cancer, one of the few that is contagious, and that has decimated 90% of the population. Today there are fewer than 25,000 Tasmanian devils left.

To try to isolate the species from the disease, Re: wild has been selecting genetically diverse healthy animals and bringing them to Australia to reintroduce them on the continent, with the aim that they can develop without the disease. Last year they were reintroduced 19 males and 7 females in a sanctuary where no humans live. A year later, they have confirmed the birth of 7 Tasmanian Devil hatchlings, the first free-born in Australia, in three millennia.

The experts who monitor them estimate that throughout the year the offspring will reach twenty. In the next two years they plan to release another 40 specimens, to establish a stable population.

Tasmanian Devils will be beneficial to the ecosystem of the area, as they will regulate the population of feral cats that threaten endangered species. In addition, being scavengers, they keep their territory clean of corpses, and prevent the transmission of diseases.

A curse worse than money