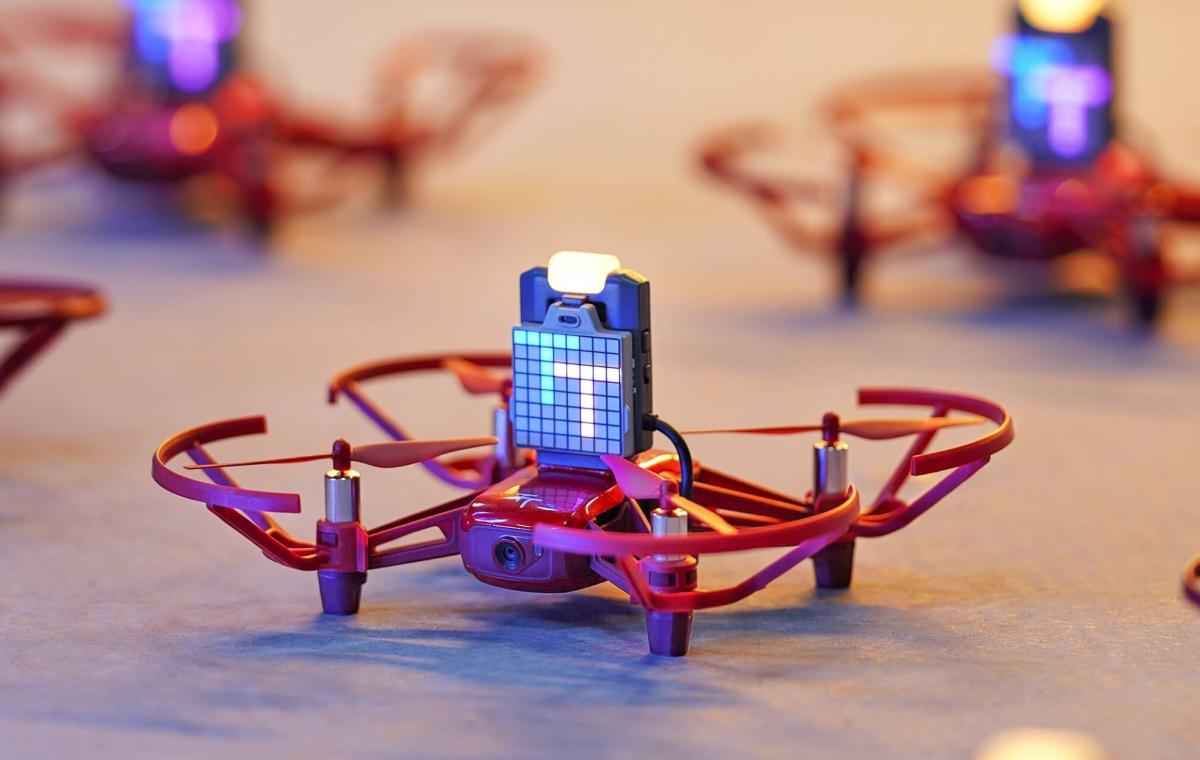 A drone to learn programming and artificial intelligence? It is a very attractive idea, because it combines education and fun. This is the new DJI proposal.

DJI is the most popular drone manufacturer in the field of aerial photography and video recording, and also in the field of entertainment. Now he wants to gain a foothold in the world of education, with his new range of RoboMaster TT educational drones, focused on artificial intelligence.

We have seen many proposals to attract children and young people to programming, using playable elements such as a robot, or a remote-controlled wheeled vehicle. But if there is something even more exhilarating than all that, it is a programmable drone that can fly.

RoboMaster TT it is a DJI drone equipped with a 5 MP HP camera, with image recognition. The most striking thing is the ESP32 module that carries on its back, an artificial intelligence chip Arduino compatible, fully programmable.

Thanks to this combined hardware and software platform, it is possible to learn artificial intelligence concepts related with machine learning and deep learning.

Users discover how to program the drone to recognize objects and people, avoid obstacles and fly autonomously. It can also be controlled with the palm of the hand, or given commands by gestures.

The JJRC Terzetto drone is a three-in-one vehicle that flies, navigates, and glides across the ground. And it costs less than 30 euros. Ideal for a gift that will surprise its recipient.

DJI has prepared a series of courses for different educational degrees, with approved official qualification to add to the curriculum. And it also organizes educational competitions between schools with artificial intelligence challenges, mazes to overcome in the shortest possible time, and much more.

At a more advanced level, is compatible with a large number of third-party sensors commonly used with arduino boards, pluggable in the expansion module that has the drone in the upper part:

At the moment there is no news of its launch in Spain, but without a doubt it is one of the most interesting proposals that we have seen for introduce programming and artificial intelligence in schools.

If you want more information, take a look at their website.

Researchers create washable smart clothing that will monitor our health