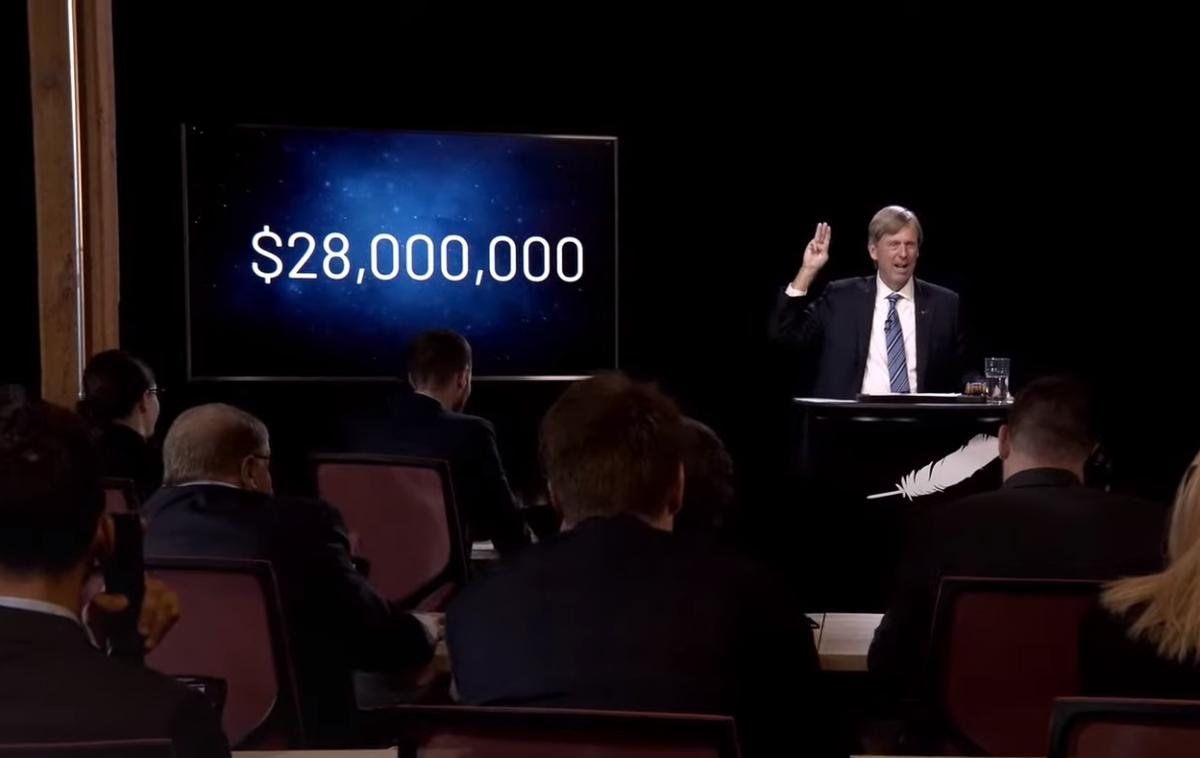 The auction to travel with Jeff Bezos to space already has a winner, and price: 28 million dollars

What is more attractive, traveling to space or doing it with the founder of Amazon? The winner of the Blue Origin auction has achieved both …

Next July 20, Blue Origin’s first human-manned ship, the space company of the founder of Amazon, will travel to space.

One of the free places has gone up for auction to finance the foundation Club for the Future, which awards scholarships to children and young people who want to study a STEM career. The anonymous winner of the plaza to travel to space in the New Shepard has paid nothing less than $ 28 million.

The Blue Origin rocket can fit six people. In an announcement that has caused surprise, two of them will be Jeff Bezos and his brother. The founder of Amazon thus fulfills his great dream since he was 5 years old: to travel to space. And he will do it with his “best friend“, his brother Mark Bezos. He announces it in this emotional video:

It is especially remarkable that to fulfill his dream as a child, Jeff Bezos was able to found his own space company and build his own rocket. No one, except Elon Musk, can boast of this feat, although the CEO of Tesla has not yet announced that he will travel into space. But now that Bezos is going to do it … who knows …

As we say, the first flight with people from Blue Origin will have six seats. Together with the Bezos brothers they will travel two professional astronauts, Y the winner of the charity auction that took place yesterday.

As Blue Origin explains in Press releaseIn total, more than 7,600 people have bid, from 159 countries. The top 20 bidders reached the final auction, where they bid by phone, as can be seen in this video:

At the moment the identity of the winner who has paid is unknown $ 28 million, but it will be revealed in the last days.

As surely you have noticed, there is a free place. Blue Origin has not revealed to whom it will be given, but everything indicates that it will be a school teacher, or another non-millionaire person who is not a professional astronaut.

And what will this first flight with people from Blue Origin consist of?

Technically it won’t come out of Earth’s atmosphere, but it will They will ascend enough to experience weightlessness and see the curvature of the Earth. You can see the trip in this drawing:

As we can see, the New Shepard will ascend at Match 3 speed, and the passengers will experience a 3G acceleration force (3 times greater than gravity).

More or less about 80 km high, the capsule will separate from the rocket, and weightlessness is beginning to be felt.

The New Shepard will return to Earth, landing on its own, while the capsule with the astronauts will ascend up to 100 km in height.

After completing the parabolic trajectory, you will return to Earth and land softly thanks to huge parachutes. The whole trip will last approximately 10 minutes.

We are left wondering if Those 28 million have been paid just for traveling to space, or for the curiosity of doing it sitting next to Jeff Bezos…

When the flight takes place, on July 20, Bezos will no longer be CEO of Amazon. He leaves his post on July 5, precisely to focus on Blue Origin and turn it into a space tourism company.