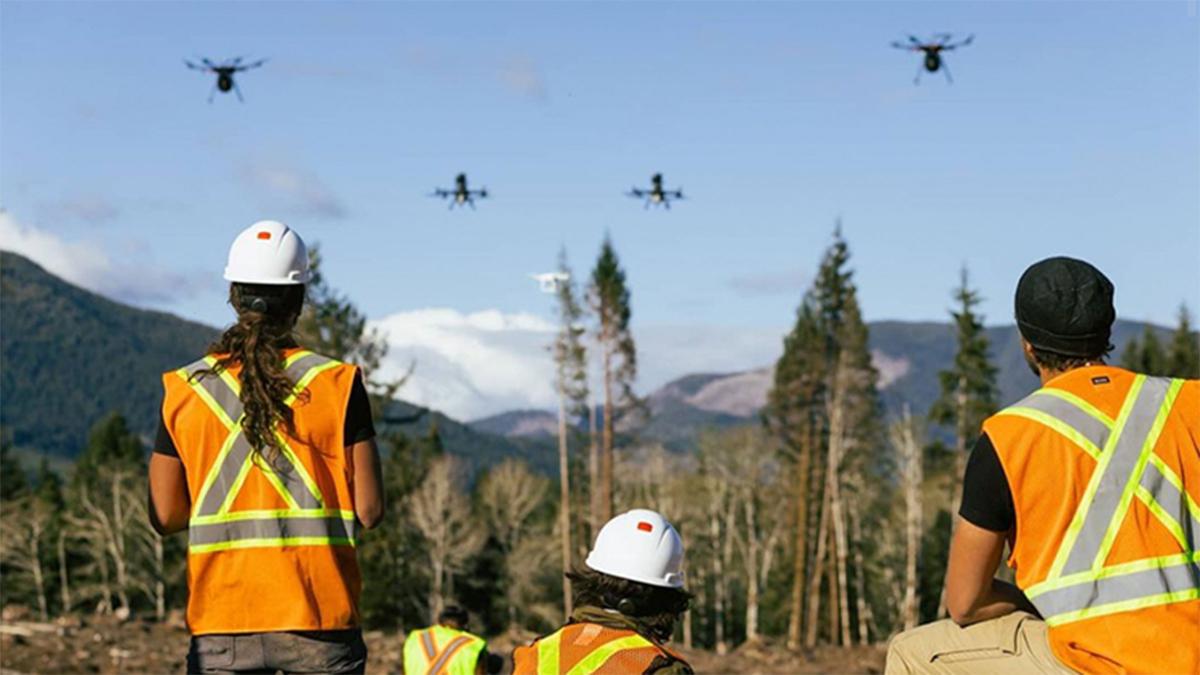 This is how this fleet of drones works capable of planting almost 20,000 seed pods every day.

Since man alone cannot change the consequences of climate change, he will have to rely on technology to try to alleviate damage that already seems inevitable, and now they are going to rely on a fleet of drones that they are going to plant. more than 1 billion trees in just eight years.

Now the Toronto-based startup called Flash Forest is going to use drones to plant trees 10 times faster than workers with the goal of planting 1 billion trees by 2028.

These drones, to make their work possible, have been previously modified so that they can shoot tree seeds that are capable of quickly germinating in the ground, combining technology and software. This technology, however, it is 80% cheaper than traditional tree planting methods current.

So that we understand how these drones work, They are equipped with a pneumatic firing system that allows them to place the planting pods at the optimum depth in the soil. Thanks to this, these seeds can be planted in places inaccessible to human planters.

It should be noted that each tree pod is handmade and contains at least three predetermined seeds, mycorrhizae, fertilizers and other ingredients that are perfect for plants.

Of course, first use must be made of cartographic drones able to assess the area in which all those seeds are going to be shot. Once the ideal places to plant the seeds based on the soil and existing plants have been found, this fleet of drones begins to drop the seed pods with great precision.

The thing is not there, because after planting all these seeds, the team of researchers tracks the process by deploying spray drones to give nutrients to the seedlings, while another drone is even used to monitor the growth process of the plants.

Everything is up and running, because the StartUp has already started planting trees in Ontario, Canada.