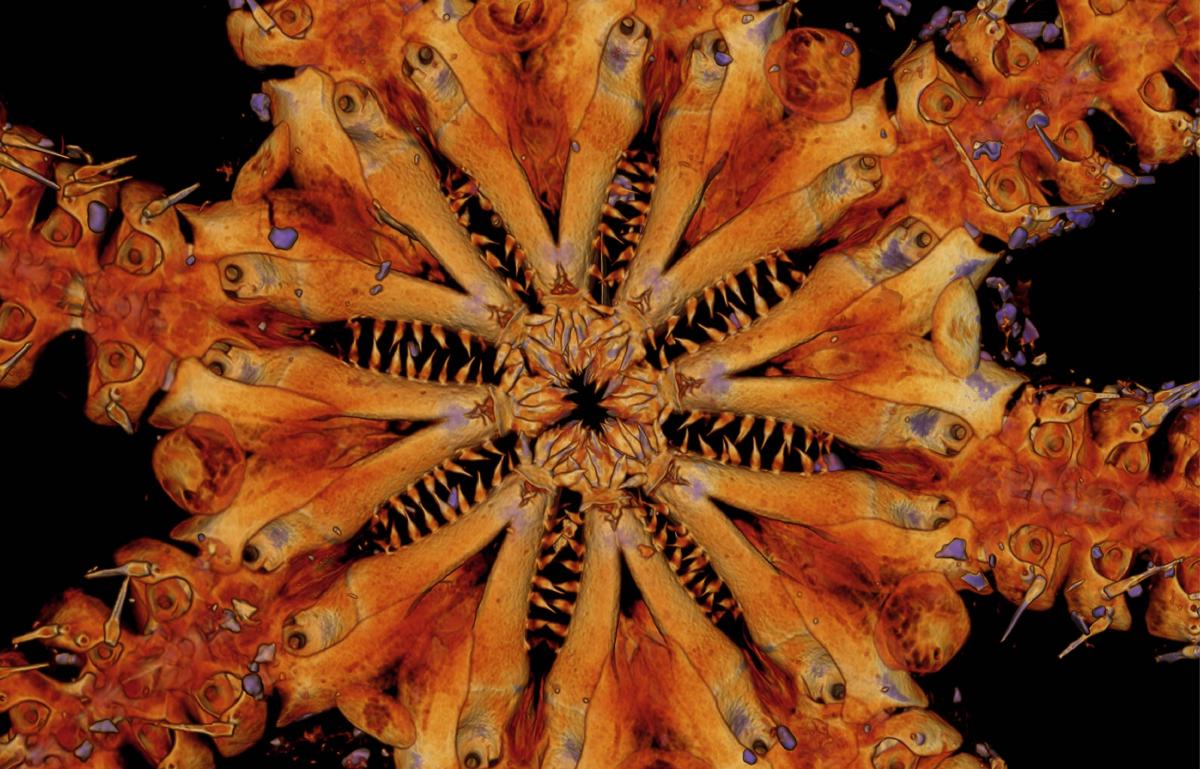 His image looks like something out of a nightmare: it resembles an octopus with eight spiny tentacles, each with its own jaw, full of sharp teeth.

We look for life on other planets, but we have not yet discovered all that exists on ours. We welcome Ophiojura, a new kind of animal discovered in the depths of the seas of New Caledonia, in the Pacific Ocean.

Ophiojura is a very distant relative of the starfish, since it was separated from them ago 180 million years. So it is a living relic from the Jurassic, when dinosaurs ruled the Earth.

With its eight spiny tentacles and eight tooth-filled jaws, the Ophiojura It is an animal so different from everything that exists, that they have had to create a new gender and a new family to catalog it scientifically. This is the only known specimen:

Was captured a few years ago 500 meters deep, 200 km off the coast of the island of New Caledonia, in the Pacific Ocean. But until now it had not been studied or cataloged.

Although it looks like a terrifying animal, the fear diminishes when we know its size: about 25 centimeters, from end to end of its opposing tentacles. Still, we wouldn’t want to be around those 8 jaws full of teeth …

The most amazing thing is that archaeologists have found fossils of very similar creatures on the shores of France. This tells us that millions of years ago they spread across much of the planet, and that Ophiojura has barely evolved in 180 million years.

It is difficult to imagine a child of two or three years surviving in prehistory. At least from our perspective of what it means to raise a child, very different from our ancestors 700,000 years ago.

Fans tend to call this type of animal of prehistoric origin, living fossils, but as you explain biologist Tim O’Hara from Museums Victoria, they prefer to call them paleoendemic animals, because they are a branch of life that was widespread before and is now limited to a few areas.

The Ophiojura live in submerged volcanoes in the depths of New Caledonia, and it is not known if they are abundant or in danger of extinction, since only one specimen has been caught.

In the months of July and August, biologist Tim O’Hara and his team will carry out a 45-day investigation that will study the ecosystems of submerged volcanoes in the Indian Ocean, with the aim of finding more Ophiojura, and who knows if others new species totally unknown …