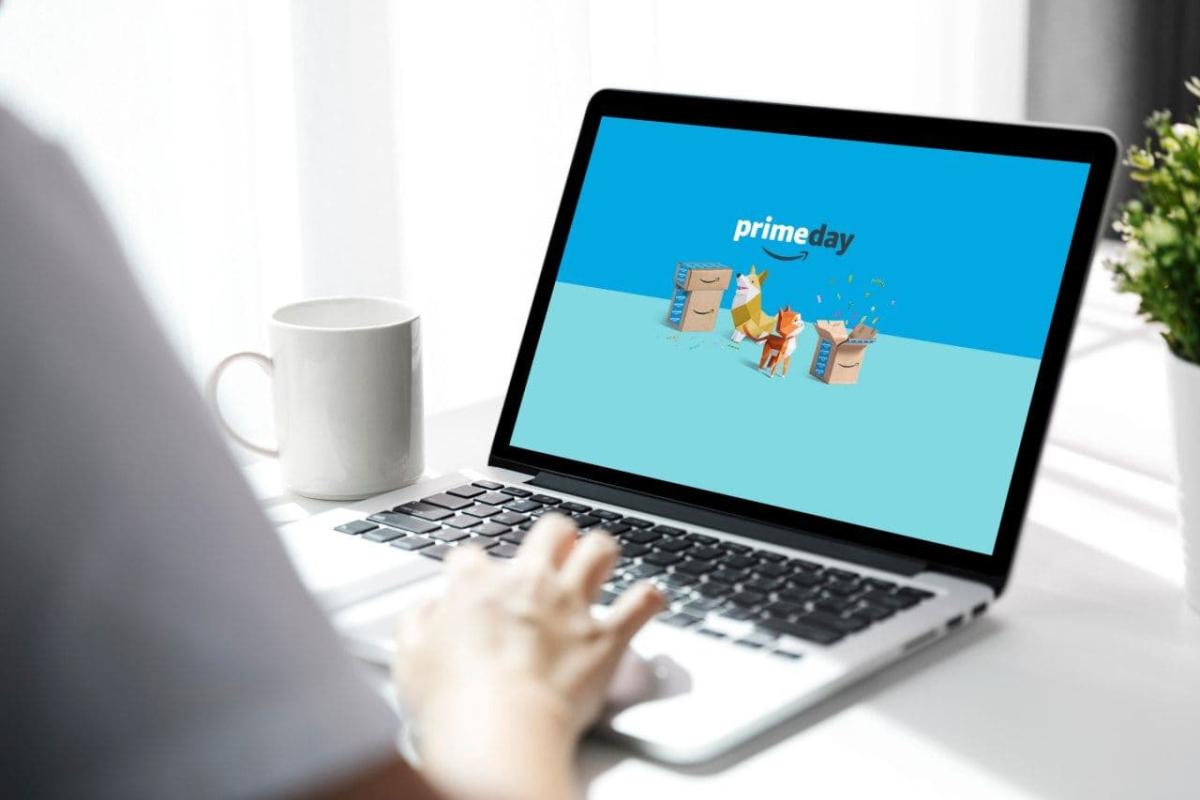 Prime Day deals number in the thousands, so many that it’s easy to get lost in so much price and product. Most of the users go directly to the most demanded, the electronics of brands like Apple or Samsung, although there is much more.

Among the best offers on Amazon Prime Day there are several that, for whatever reason, go unnoticed, and that they are very useful and also have a good price.

To make it easy for you, we have compiled ten bargains that are quite worth it and that do not usually appear in the top of the offer these days, at least it is not usual.

We collect the best offers, discounts and bargains that we can find during Prime Day on June 21 and 22, especially in technological products of all kinds.

This oil-free fryer has a 1.4L capacity and also has seven different programs, enough to cook and bake all kinds of food.

Oil-free fryers have been all the rage for months now, causing cheaper models to sell out quickly.

If you want a cheap one, hurry up because on Prime Day there is not one but several. For example, there is Mellerware reduced to 48.99 euros.

It has 1.4L of capacity, enough for a couple of servings of whatever you want, which will also have less fat than normal, precisely the main attraction of these fryers.

Although the Government has already announced that it will lift the obligation to wear a mask outdoors, that does not mean that it will end indoors. Not only that, but pollution will continue to stalk and kill thousands of people every year.

That is why we wanted to include a mask in this list of offers, but not just any: the Philips purifying mask, which low to 69 euros.

It has several filters that remove more than 99% of the particles, so it is perfect for sports and breathing with some ease, especially if what you are concerned about are particles such as NO2.

There are hundreds of True Wireless headphone models for sale, although not all are far from the same. Sound quality and active noise cancellation are two of the differentiating elements.

Of all those out there, Jabra is one of the best known for their quality. Within its catalog, several are on offer on Prime Day, starting with the Jabra Elite 75t, reduced to 99 euros.

They are for sale and on offer in various colors, all of them at the same price.

ASUS router with WiFi and WiFi Mesh for € 79

This router has everything to take your connection to the highest speeds, starting with WiFi 6 and WiFi Mesh, as well as a Quad Core processor and several cutting-edge technologies.

There are already many routers with WiFi 6 for sale, and at competitive prices, although for now there are few that also offer WiFi Mesh. One of those that does is the ASUS RT-AX56U, designed for home use and gaming.

On Amazon Prime Day it’s on sale for 79 euros, so it surely beats all the competition, at least the routers with WiFi 6 and Mesh.

Offers coverage that reaches 120 m2 without much troubleAlthough if you need more, you can always add repeaters to extend the network.

One of the most demanded accessories in the last year and a half are webcams, undoubtedly due to the rise of teleworking. That has made it difficult to find an affordable price on certain dates, and in a way it still is.

That is why there is this Krom Kam from only 20 euros among the offers that are covered on Prime Day 2021.

It has Full HD resolution and comes with a tripod included, as well as a physical tab to cover the lens and gain privacy.

The Razer Kishi is a controller that turns your mobile into a kind of Nintendo Switch. It has a design that allows a wide variety of mobile sizes and is compatible with native or cloud games.

This wireless control for mobiles has two versions: one for iOS and one for Android, and both are on sale on Prime Day, if you have an iPhone, you will have to pay something more.

The Android mobile model it costs 71 euros, while the iPhone stays in about 85 euros.

It has several strengths, in addition to greatly improving the ergonomics in the grip, and that is that it is compatible with Microsoft xCloud. We have been able to test it and this is our opinion.

This wireless mouse can be synced to multiple devices at the same time and works on any type of surface. In addition, with a single charge its battery lasts up to 40 days.

One of the key elements when working is the mouse, especially if you have to operate several devices simultaneously.

Ergonomic mice are undoubtedly the best option to take care of your wrist, although there are others that have features to take into account, and one of them is the Logitech MX Anywhere 2, which costs only 39 euros temporarily.

It is very compact, ideal to take on a trip. In addition, you can connect it to several devices simultaneously, jumping from one to another with the touch of a button.

The Acer Nitro 5 with GTX 1650 is an entry-level gaming laptop, but with enough power to allow mid-level gaming with 1,080p resolution and 60 frames per second.

This gaming laptop is going to fly, and its price is very, very good, of only 699 euros.

Why do we say it? Because it has an RTX 2060 graphics card, one of the best that can be obtained today for less than 1,000 euros on a computer, and in this case for much less.

The Ankeway on-board computer is a perfect way to add something extra to your car that includes features such as GPS, Bluetooth and WiFi connectivity, applications such as Spotify and Youtube, or a parking camera.

If you have a car with many years on its axles, technological progress will have passed it by. No built-in browser or hands-free or anything at all. In such a case, you have an easy option to modernize it: a radio with Android Auto.

Prime Day is a good time to get one, and there are surprisingly cheap models, like this ANKEWAY with Android 9.1 that it costs only 94 euros.

With it you will have access to a good part of the Android apps in your car, such as Maps or Spotify.

This is undoubtedly one of the star products of recent years, and it is joining Prime Day with a very considerable price reduction that leaves it at only 14 euros.

Yes, you read it right. Practically given away in its second version. This is probably the best-selling sex toy in history.

It is true that it has several versions, but this is the cheapest of all right now.

Summer is coming and with it comes the heat, which triggers the need for fans and air conditioners. Portable, easy-to-install, and wheeled models have been popular for a long time to carry from room to room.

Although they usually cost 300 euros or more, there are low cost options. One of them, for only 181.99 euros, is this HOMCOM model of 1,750 frigories.

It is sufficient for medium-sized rooms and comes with its own extractor tube adjustable to windows and doors.

124,000 products destroyed in a week: this is how products returned or not sold on Amazon end