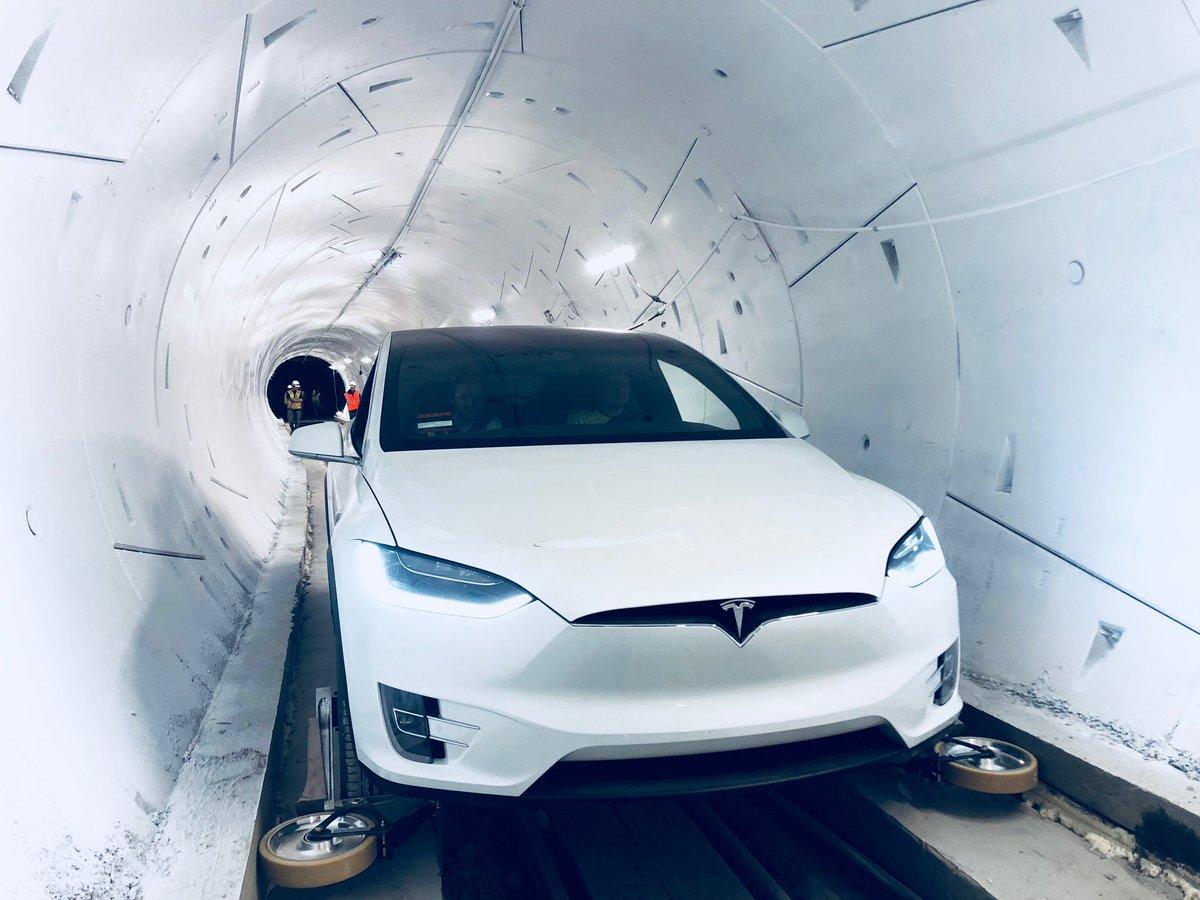 The Boring Company diverts its attention from family vehicles to set a new, larger horizon, wants to create tunnels for the transport of goods.

It has been more than three years since this Elon Musk company, The Boring Company, pursues the creation of fast tunnels to decongest the traffic of large cities in the United States. Tunnels of about 3 meters in diameter through which cars are transported from one point to another in the city of Los Angeles.

According to an article by Bloomberg, the company would have set a new, larger goal: to create tunnels for larger vehicles. With about 6 meters in diameterThese new tunnels would allow the transport of large trucks with goods, another key element in traffic saturation.

This leap into the business transport market can be a great advance for the company, as it becomes a key service to speed up delivery and collection time for many other companies. The Boring Company presumes that its tunnels are faster than the train reaching the hasta 150 mph (241 km/h).

SpaceX is already part of history, which many did not even dare to dream, the engineers of this company have made it a reality and are on their way to Mars.

In addition to speed, these tunnels promise to take a good number of people from one point to another with zero emissions. You want to not only reduce traffic congestion, but make it more environmentally friendly transportation and decrease pollution in cities like Los Angeles.

They recently opened another tunnel of more than 2 kilometers in Las Vegas for passengers. But the goal is to create massive tunnels where more people can travel in less time. According The Verge, The Boring Company states that transport 5,000 people per hour, while the one in Las Vegas allows 4,400 people. However, a TechCrunch report suggests that company documents show a much lower figure of 1,200 people per hour.

Between massive passenger tunnels and potential freight tunnels, The Boring Company proposes moving most of the traffic to underground tracks where speeds are ever faster.

The real deals of the day are on AliExpress: mobiles, headphones, scooters, drones

Huawei headphones, tablets, laptops and more at a bargain price during Prime Day