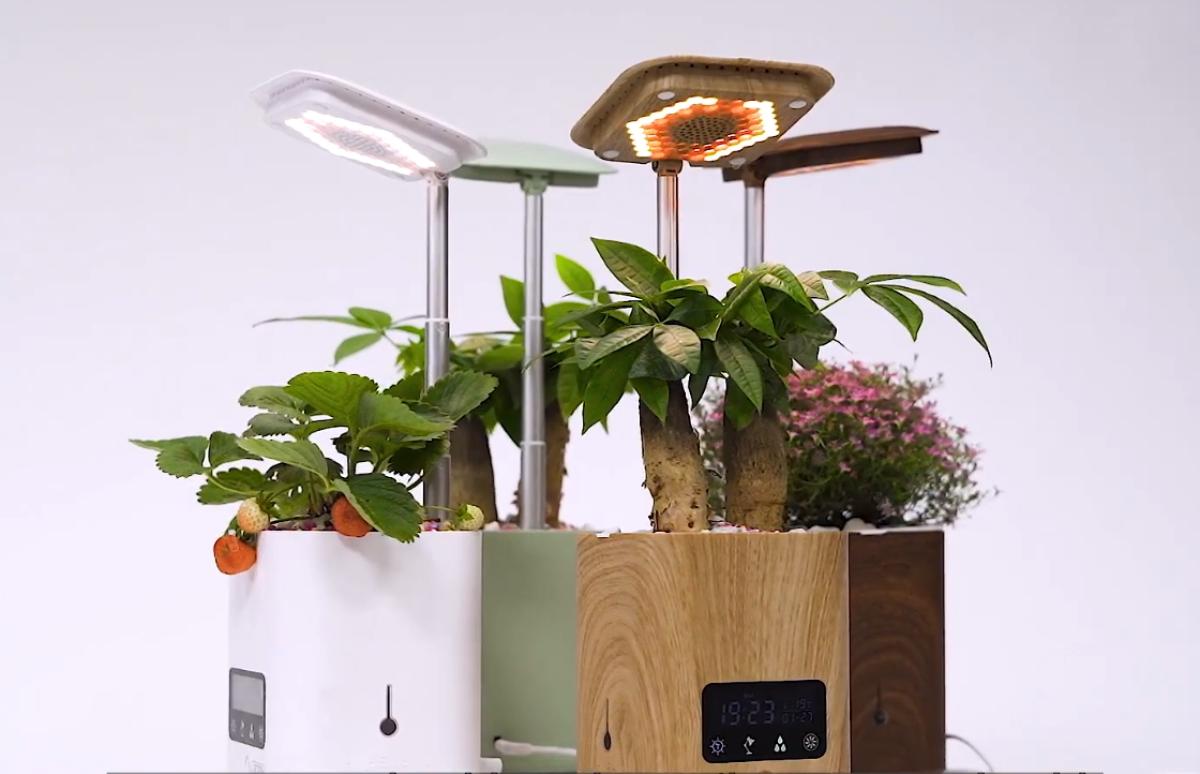 Many people have a plant, a speaker, a clock, a lamp, a purifier in their room … Why not have it all together in a device that hardly takes up space?

In an overpopulated country like Japan, the square meter of housing is at the price of gold. There are houses there that are only 16 square meters, and nobody is scandalized.

When you live in a tiny house, it makes sense for you to look maximize space as much as possible. That is why portable consoles like the Nintendo Switch are much more in demand than the PS4, for example (although it is not the only reason, of course).

The Japanese company TripleL has put on sale in Japan a strange device called Hiplant, which merges a smart speaker, a plant, an air purifier, a humidifier, a clock and a lamp. You can see it in this video:

They are not elements that usually go together, but it is true that they are very common and demanded in the house, and when all together you save a lot of space.

As TripleL explains in GreenFunding, which is like KickStarter but for Japanese organic products, all its functions are focused on take care of our health and relax, so it makes sense to put them together in this curious device.

Hiplant is shaped like a loudspeaker, or a flowerpot, depending on how you look at it. It is built of wood, and has a front screen where all its functions are activated.

This wireless speaker has 360º sound and an autonomy of approximately 18 hours. In addition, it has IPX5 certification that makes it resistant to water splashes.

The plant is placed inside but it must have its own pot, that is, the earth is not directly thrown.

Hiplant’s lamp function is not just for lighting. It also has Orange and yellow LEDs that favor the photosynthesis of the plant, helping it to grow.

This light is programmable and can be adjusted to the night / day cycle.

The sides of Hiplant have holes that allow it to be used as a smart speaker, or to listen to music.

It also has a air purifier and a humidifier that can be used with essential oils, to spread aromas or practice aromatherapy.

Despite its many interesting features, Hiplant is surprisingly cheap at just 6,272 yen, which is the exchange rate. only 48 euros, and GreenFunding.

Facebook will study if insult against Duque is hate speech