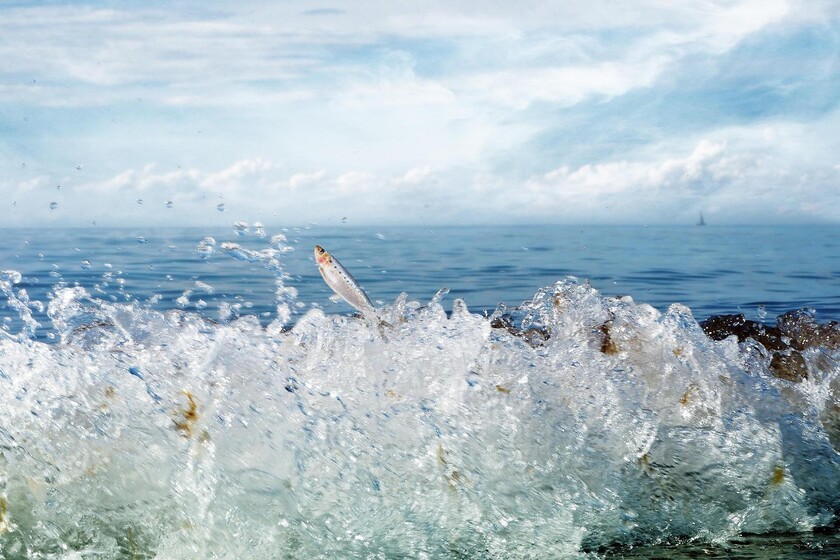 Bombarding 35,000 fish with a plane since 1956: Utah has been restocking lakes with this striking technique for decades

There are record repopulations, such as the one we saw in India reaching to plant 66 million trees in 12 hours. Others … They are more peculiar repopulations, apparently “crazy”, like the bombardment of fish that has been seen in some lakes in Utah, USA.

It is a maneuver carried out by the Utah Division of Wildlife Resources, a government agency dedicated to preserving wildlife in the state, which is shown in a video that can even seem disconcerting. In it they throw themselves into the river more than 30,000 trout into the water from a plane, in order to repopulate the lakes.

The striking way of repopulating lakes of this organism has become viral again due to the recent publication of the video, but as explained in el New York Times, it is something that has been done in this state since at least 1956. In fact, we could see it seven years ago thanks to the Fox news.

The images speak for themselves: we see like an airplane, just passing over a wide surface of water, throw thousands of fish. A restocking that took place on July 6 in Boulder Mountain (Utah).

These are young specimens of spring trout (Salvelinus fontinalis) and common trout (Salmo trutta). According to the organism, they are flights of little height and being small animals they fall relatively slowly, “gliding like a leaf when it falls from the tree”, ensuring a 95% survival rate. A figure that was verified after collecting part of the fallen trout and seeing that five out of every hundred died, also fitting with the survival rate in Niagara Falls (where the fish fall into the void and more than 90% survive the 50 meter fall).

Fun fact: We stock many of Utah’s high-mountain lakes from the air. The fish are tiny — anywhere from 1–3 inches long — which allows more than 95% of them to survive the fall. #Utah #TroutTuesday pic.twitter.com/kotDe91Zzw

The division ensures that the method allows to launch up to 35,000 fish in a single flight, which is enough to repopulate between 40 and 60 lakes a day. Why do it like this? According to Faith Jolley, spokesperson for the Division of Wildlife Resources, because the lakes are quite inaccessible by car and the system is “the most efficient way to provide fish” since in many cases they do not have a high rate of reproduction, according to Chris Penne ( also of the organism).

Of course, despite the passing of the years it is still a striking process, seeing that other repopulations such as those of starfish (against him climate change) require less impactful methods. Yes, in this case it is about repopulating them to keep fishing (that is, it is not a species declared as threatened), which has become something they do on a relatively common basis.