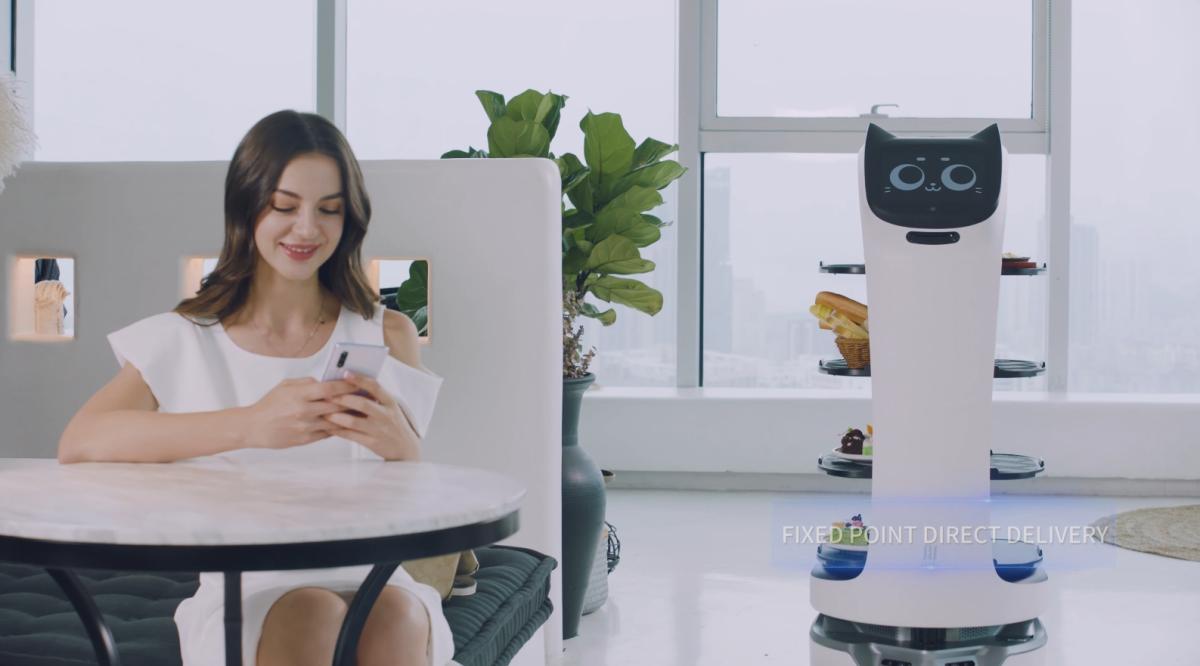 BellaBot, the cat robot waiter who serves the tables

For a waiter robot to have a cat’s face is a strange association, but it cannot be denied that it is adorable. Although the most interesting are its functions.

The Chinese company Pudu Robotics has been developing service robots since 2016. Bellabot is the second generation of waiter robots, and has learned a few tricks.

This adorable thief robot it is an autonomous robot that can move around the restaurant, dodging chairs and tables, co-workers, and customers. Dispose of 3D sensors covering 360 degreesso you can even see what’s going on behind your back.

This video shows all its functions: receive customers and take them to a free table, interact with them, and serve them the food they have ordered.

BellaBot is capable of detecting obstacles from 2 centimeters away, and performs 5,400 checks per minute.

Thanks to its low center of gravity and compact design, it can stop hard without spilling the food it carries.

BellaBot He waits for customers at the entrance, and guides them to a free table. It is also able to interact with them: If you stroke its head, it rejoices and purrs.

Roborock has become one of the reference brands in the market for household cleaning robots. We have selected the best models from their catalog.

If you detect that a mobile is focusing on you, change his face to pose and look more attractive.

When the customer places an order, an employee places the trays with the food and drink in their compartments. Therefore these robots do not remove jobs, but rather help existing employees.

Using just your voice, just say “Take it to table 12“, so that the robot, which has already memorized the route to each table, moves there and stands in front of the customers.

At the moment he cannot distribute the trays, so they have to be taken by the clients themselves.

Its shelves have weight sensors: when it detects that they have taken all the trays, it leaves. You can also pick them up when they are done, by placing them on the shelves.

Kitchen robots are a huge help in our diet to cut, chop, mix and, in short, prepare food without having to be aware of the entire process. In this guide you will find everything you need to know to decide on your purchase.

It also has one way open bar, in which he moves around the room with trays of food, and when a person makes a gesture he stops, so they can take what they want.

BellaBot is already working in some Chinese restaurants, and in Canada. But its creators assure that You can work in other trades, such as a delivery man. For example to take medicines to patients in a hospital, or to deliver packages or take coffees in an office.

The five projects with which Bogotá seeks to be more innovative