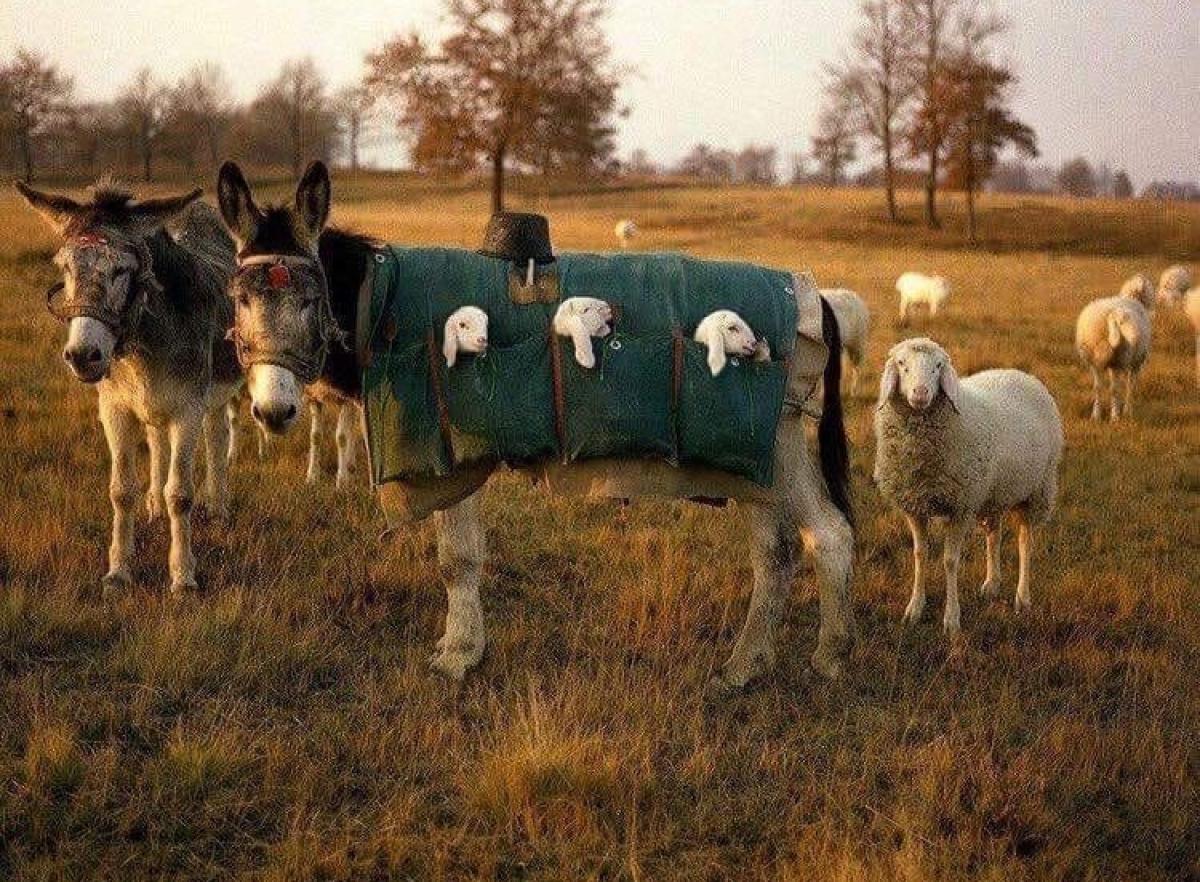 In Italy there are nanny donkeys: they transport lambs in a satchel

It is surely the most charming image you will see today. A donkey carrying a group of lambs, next to the watchful eye of its mother. This is the story of the curious Italian nanny donkeys.

Possibly Humanity has never thanked animals like the donkey or the mule, your patient helps throughout the centuries. A difficult and sacrificial existence, condemned to work hard throughout their lives.

Used as a means of transport and cargo for more than 2,500 years, its population has been declining with the arrival of agricultural machinery, to the point that common breeds centuries ago, today they are almost extinct. But donkeys are still used in many rural areas.

In Italy, babysitter donkeys They are a tradition that can still be seen in the pastures that surround the mountain ranges of the country:

In more cute news there’s such a thing as a donkey nanny – a donkey carrying baby lambs uphill pic.twitter.com/du4dWdMRc6

Why do Italian Shepherds use donkeys to transport the lambsWhen in most of the herds in Spain are they able to accompany their mother to shepherd?

The reason is that these herds live on the slopes of the mountains, for example, in the steep hills of the Alps, in the region of Lombardy.

In order to find pasture, the herds have to go down slopes that are dangerous for the weak legs of the young sheep.

The cheapest 5G smartphone from realme with a 6.5-inch 90 Hz screen, octa core processor and up to 128 GB of storage.

So to avoid accidents, the shepherds put the lambs in bags on the donkeys, specially designed for them. There is usually room for 6 or 8 passengers. Donkeys transport sheep in the most dangerous places, safe from bumps and falls.

As long as they can stick their heads out, as seen in the photos, the lambs travel calmly and are not scared. They even seem to like the bumpy ride through the Alpine hills.

The babysitter donkeys (Sometimes they also use mules) they help them up or down the mountain, but as the journey is long, they sometimes make stops to rest, or to graze.

A curious centuries-old tradition, which can still be seen in some rural areas of the Lombardy region, in Italy.

Why do three tycoons want to 'conquer' outer space?

Amazon is on sale on its own products: Fire TV, Kindle, Echo Show and much more on sale