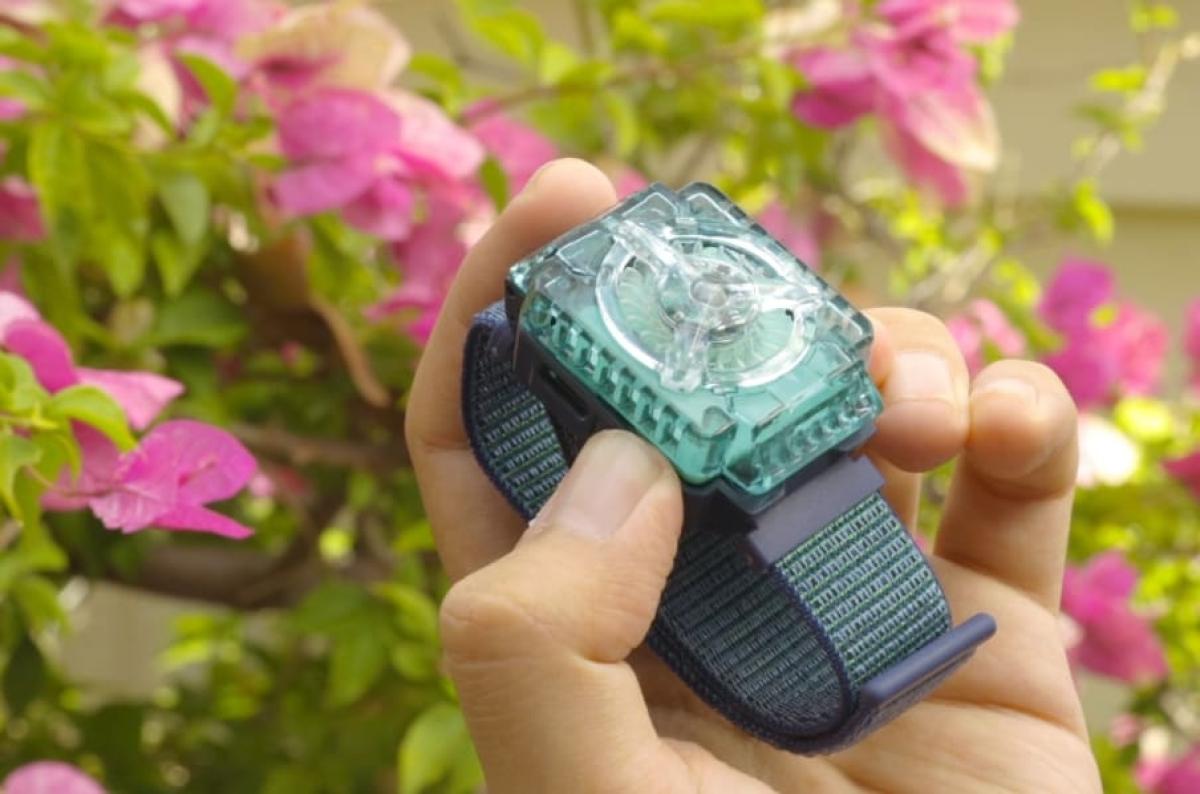 Are you a person prone to being bitten by mosquitoes? If so, this insect repellent bracelet can be useful.

According to science, mosquitoes do not bite the same to everyone. There are factors such as smell, blood group and bacteria that our skin has, which attract them more or less.

Many people seem like a magnet for mosquitoes, and for them the summer can turn into a real nightmare.

Wandian is a bracelet able to repel mosquitoes naturally, without using insecticide, ultrasound, and other methods that can be annoying or harmful. You can see it in operation in this video:

As we can see, thanks to its elasticity, it can be worn on the wrist, but also on the ankle, around the neck, or hooked on the backpack or clothing.

How does this anti-mosquito bracelet? Despite its futuristic appearance, the technology behind it is quite handcrafted.

Wandian utiliza some tablets of natural oil extracts that are inserted inside the bracelet. They contain essential oils of citronella, eucalyptus, lavender, peppermint, artemisia argyi, lycopene and geranium, etc. Natural plants whose aroma repels mosquitoes and other insects.

Mosquito trap that kills insects without using toxic chemicals. It uses a UV light and a stream of air to attract mosquitoes, and then sucks them in to trap them inside.

They are 100% natural and non-toxic ingredients, valid for children or pregnant women.

This anti-mosquito bracelet has a battery with a circuit that generates a little heat, evaporating the essential oils, which are integrated into the environment thanks to the built-in mini-fan.

The action radius of this natural mosquito repellent is two meters, so it not only protects the wearer, but also the people around him.

The pill with essential oils last about two months.

Wandian has several operating modes, depending on whether we use it with or without a fan, at higher or lower power.

If used to protect at night, the battery lasts eight hours. With the fan on maximum to cover a radius of two meters outdoors, about 4 hours. It recharges to 100% in an hour.

If you’re interested, Wandian, the anti-mosquito bracelet, is being financed in Indigogo. It has a price of 35 euros, and includes two repellent tablets, which last four months.

The bad thing is that they don’t ship until September, so it won’t help you this summer …

Votes arrive on Twitter: allows you to give positive or negative to tweets to better understand what is relevant and what is not