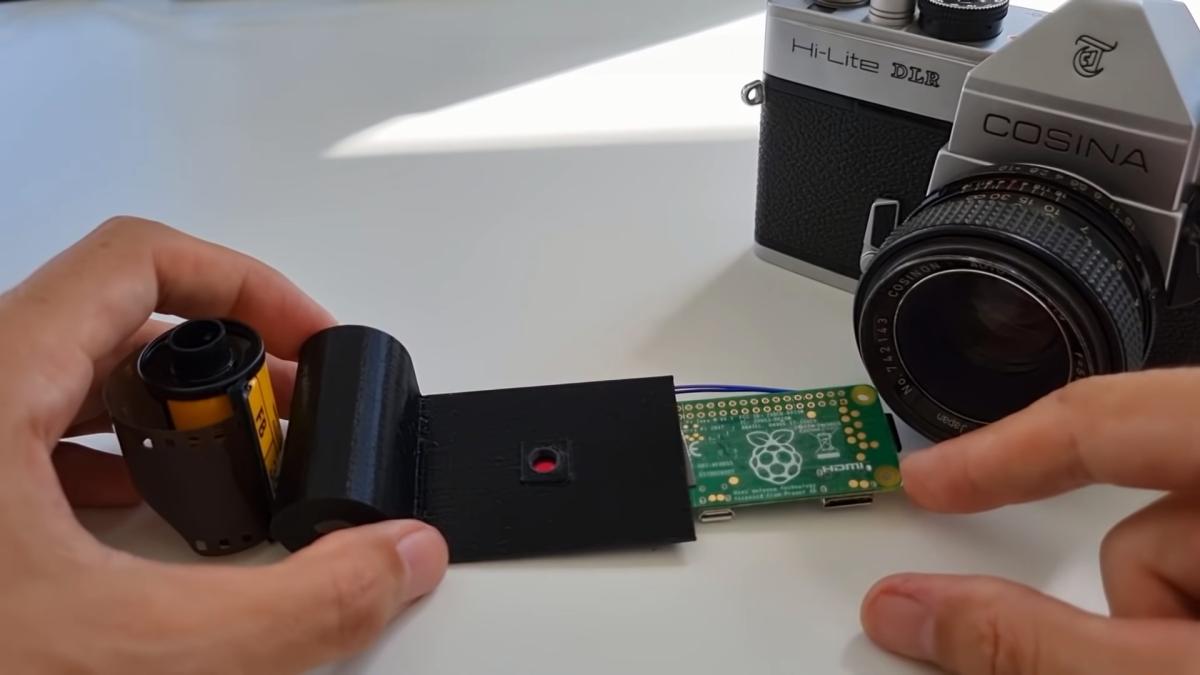 20 years ago everyone had a film camera, but today they have almost disappeared. If you have one, you can still take advantage of it …

Outside of the professional realm or photography enthusiasts, today film cameras are almost extinct.

Surely you or your father have one stored in a closet, as a souvenir. What do you think convert roll camera to digital camera able to take photos or record video and send it via WiFi to your PC or mobile?

That is exactly what this hack the Raspberry created by youtuber definitive. You can see it in this video:

How can you convert an analog camera to digital? befinitiv has come up with a very ingenious solution, which is also easy to implement.

Only a small plate is needed Raspberry Pi Zero W, which costs 29 euros on Amazon, a Pi Camera o Raspberry Pi camera, with a price of 9 euros, and a board-compatible battery.

What this hacker has done, as explained Hackaday, is to 3D print the Cosina Hi-Lite 35-mm camera cap, along with a dummy film, to fill the gap.

You have removed the camera lens from the Raspberry and has placed it in the exposure area of ​​the still camera, connected to the Raspberry Pi Zero W, which thanks to its small size fits inside the camera.

Sony has been reaching out to content creators for some time. The Sony ZV1 is a compact camera specifically designed for YouTubers, in this review we tested it thoroughly.

When we press the shutter button, the camera opens the sensor to let in light, and the image it captures hits the Raspberry camera sensor directly.

A software created by befinitiv processes the image and converts it to digital. It is even capable of transmit streaming video in real time to a mobile or laptop. And you can save the photos to a micro SD card.

If you are interested in this curious hack, you have more information on his blog. It doesn’t look complicated, and as seen in the video, it seems to work …

Befinitiv acknowledges that due to differences between the camera sensor and the Raspberry sensor, the image is zoomed out. But it is a matter of adjustments, or of testing with different Pi cameras.

This algorithm has won a race from drones to human pilots