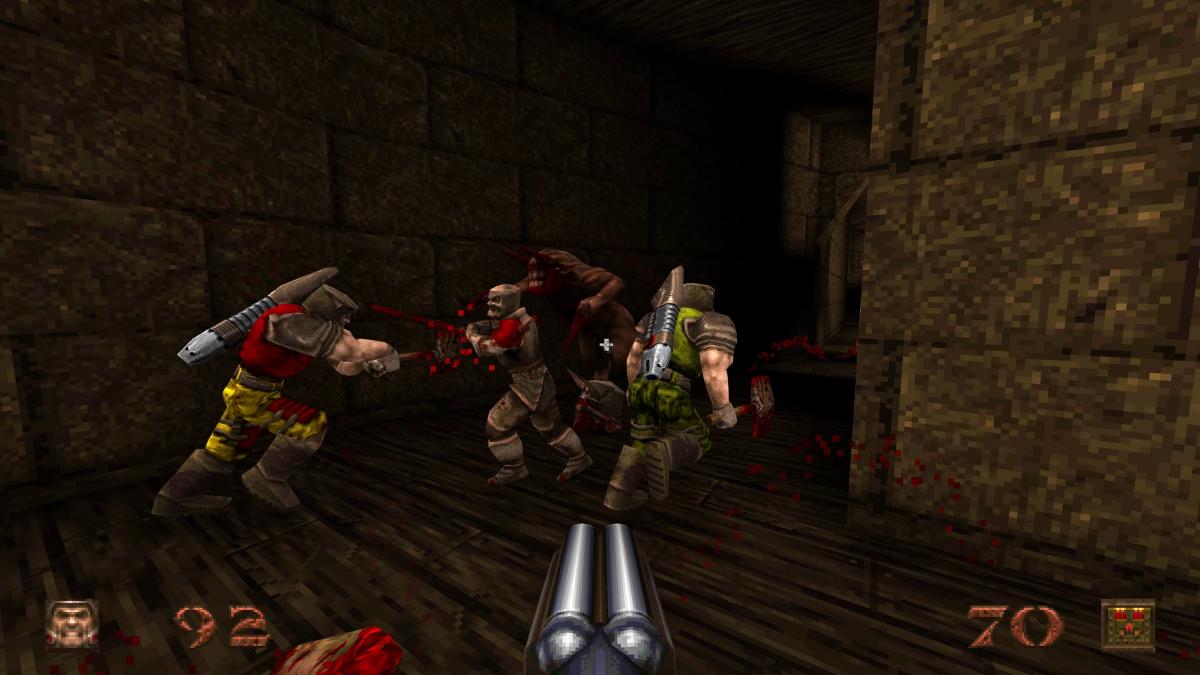 A new Quake Enhanced appears by surprise in the stores of PC, Xbox, PlayStation and Switch, to celebrate the 25th Anniversary

We have a new Quake. Or at least an improved Quake. The mythical shooter returns 25 years later with many new features.

Today they are everywhere, but 25 years ago 3D multiplayer first person shooters they were something completely magical and novel.

The iD company had made up a few years earlier, with his mythical Doom. But Quake was a revolution in itself when it was released in 1996, being the first fully 3D shooter, including character modeling, with new options like shooting freely in any direction in 3D, and technical tricks like dynamic shadows.

A quarter of a century later Quake returns with an Enhanced version which includes news at all levels. You can see the most important in this video:

To celebrate the 25th Anniversary, premieres a new episode called Dimension of the Machine, with new levels and a new story that takes us to a labyrinth known as The Machine, where it waits “the greatest threat in the known worlds“.

Quake Enhanced also premieres on new consoles, such as the Nintendo Switch. And it appears on all platforms, on old and modern consoles: Xbox, PlayStation and PC.

If you like to save on video games or know when the PS5 is in stock, on our Telegram channel you can stay informed in real time.

If you have an old version of Quake will be upgraded for free to Enhanced. If that is not the case, It is priced at 9.99 euros.

Another novelty of this 25th Anniversary version is in multiplayer modes. There are new cooperative and competitive modes both online and locally, with split screen for 4 players.

And finally, the icing on the cake is the modo cross-play that allows everyone to play together, regardless of the version they have.

In addition, new mods and free levels will be released from time to time.

The mythical Quake is more alive than ever. Now you can try it with the best possible version if you have never played it, or remember the old days with this new one. remastered quake.

WhatsApp: how to know if one of your contacts blocked you?

With the arrival of Call of Duty Vanguard, Warzone's map will change completely