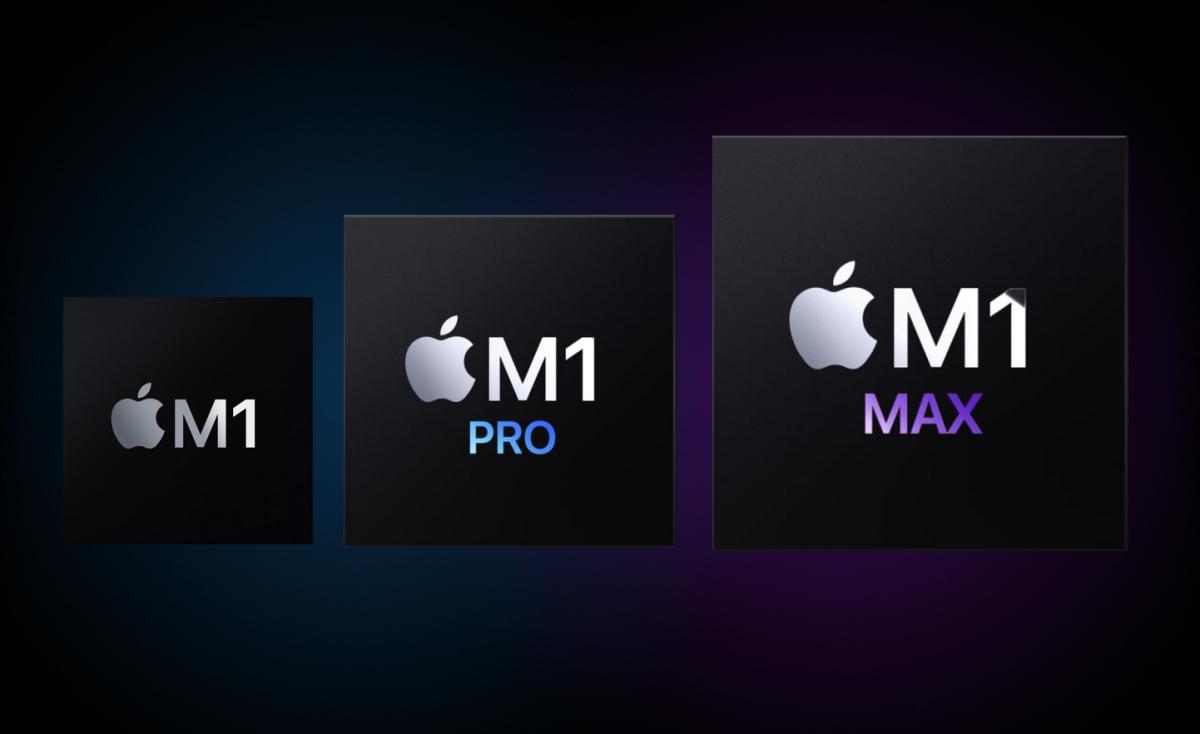 Comparison Apple M1 vs M1 Pro vs M1 Max, how are they different?

The Apple M1 processor has two older brothers that surpass its performance in all. What do they contribute?

Apple revolutionized hardware a year ago with Apple M1 processor, which uses ARM architecture with a level of performance equal to or higher than Intel processors with x86 architecture, but with much less consumption.

Today Apple has presented the new AirPods 3, along with its new Macbook Pro, which release two new processors, Apple M1 Pro and M1 Max. What do they contribute, and how do they differ from Apple M1 original?

Broadly speaking, they surpass everything, but it is interesting to discover the differences, and how they perform with respect to Intel processors.

This new MacBook Air maintains the design of the previous ones, but makes the leap to the new Apple ARM chip, with better performance but lower energy consumption.

With the M1, Apple has succeeded in integrating systems on chip (SoC) into professional computers that use mobile phones, or lightweight laptops.

Most professional notebooks have separate CPU and GPU, as well as several support chips, each running on its own, including RAM.

The spectacular difference in size already gives us a clue about the different performance they offer.

This single-SoC architecture is an advantage, because while most laptops need to copy data back and forth, both between chips and to RAM, on M1s the CPU and GPU share a unified memory bank.

That is, each part of the chip connects to data and memory without the need to copy them. That is why they can offer more performance, with 70% less consumption.

In this table you can see the differences between the three Apple SoCs:

Considering that the Apple M1 was introduced in 2020, just a year ago, the differences are abysmal. It seems like a jump of 2 or 3 generations. Our condolences to those who bought a MacBook Pro just a few months ago …

In almost all sections, the hardware of the new processors triples the M1.

While the M1 has 16 billion transistors, the M1 Pro doubles the number, and the M1 Max triples it.

The most even section is the CPU. Both M1 Pro and M1 Max have 10 cores, and everything indicates that they have the same CPU, although they may differ in the speed of the cores.

The artificial intelligence chip (Neural Engine) seems the same for all three.

Buying a powerful laptop without spending too much is possible and we have selected some models that may be of interest to any user.

The first big difference is in the GPU, the graphics chip. Compared to the 8 cores of the M1, the M1 Pro has 16, and the M1 Max, 32 cores. Each doubles the previous in graphics performance.

While the M1 reaches 2.6 TFLOPs in floating point operations, the M1 Pro reaches 5.2 TFLOPs. That equates to an RTX 3050 Ti Mobile GPU but with a much lower consumption.

And that’s nothing compared to him M1 Max, which reaches the 10,4 TFLOPs, more than a PlayStation 5 …

Of course, this data only indicates floating point arithmetic operations, many other things influence performance. But it is impressive data.

In short, although in CPU performance things are more even, the difference in graphic processing and the speed and amount of RAM is abysmal between one model and another.

And how is this reflected?

This graph is very significant:

We see how the new processors double the performance of the M1, and they are 25% more powerful than the most powerful 8-core Intel laptop … with 70% less power.

In the GPU section the M1 Max outperforms a high-end professional PC notebook in graphics performance, with 40% less power consumption:

We will have to wait for the real benchmarks, but a priori these data on paper are incredible.

If you take one of these 6 vitamins you are wasting money, according to doctors