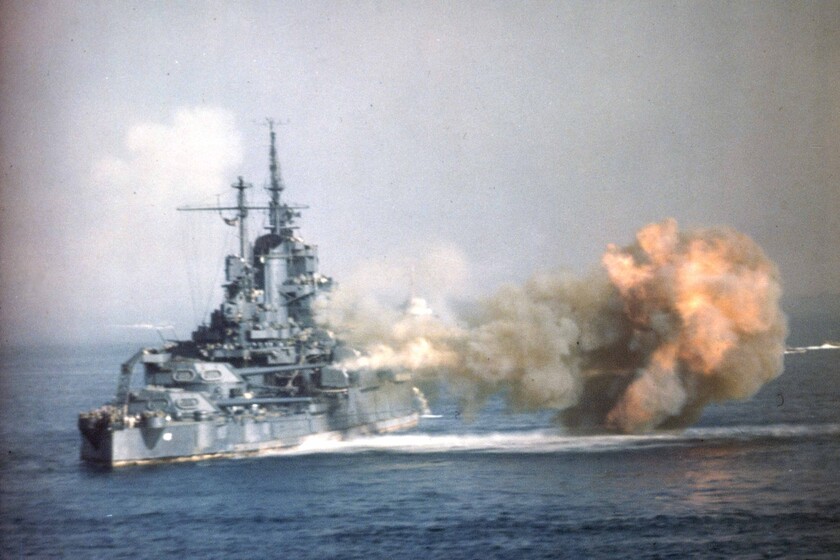 Ships sunk in World War II emerge from the depths of the sea in Japan: this is how nature has rescued these war shipwrecks

By now we Spaniards have become accustomed to seeing rivers of lava and mountains of ash every day on television and in the newspapers. The La Palma volcano will soon be active for a month, and in this time he has left impressive images that we will take time to forget, if we ever do. However, as incredible as everything seen so far on the Spanish island may seem to us, what happened in another eruption, in this case in Japan, exceeds the limits of the imagination: The underwater volcanic activity of the Ogasawara Islands has led to the emergence of several ships sunk during World War II that had been under the waters of the Pacific Ocean for more than 75 years.

As has advanced the Japanese chain ANN, the underwater volcanic activity that has been registered in the area since last summer would have made the island of Iwo Jima, famous for the bloody battle that was fought there during World War II, has risen, and has caused several ships that sank near its shores during that contest to emerge from the depths.

According to Japanese television, the emerged warships, which are split and show significant deterioration, would belong to the United States Navy, and would have been sunk while trying to build a port on the island. Other sources, however, assure that they are Japanese ships sunk by the Americans.

Wow. The Ogasawara Islands have recently been experiencing increased volcanic activity. On nearby island of Iwo Jima, the entire island has been uplifted, causing Japanese ships that were sunk by the US during the war to come to the surface. pic.twitter.com/7KubeRnrEU

The archipelago of islands that make up the State of Japan -6852 in total- is famous for its great volcanic and seismic activity, which have caused major natural disasters such as earthquakes and tsunamis. Currently, in all the Japanese territory, both terrestrial and underwater, there would be about 110 active volcanoes.

The area where these warships have emerged is 1,200 kilometers off the coast of Honshū, the main island of the Japanese archipelago – where, for example, Tokyo, Osaka or Iroshima are located – and has been registering volcanic activity since the last summer, e even one of the eruptions caused a new island to be born in August, As reported The Japan Times.