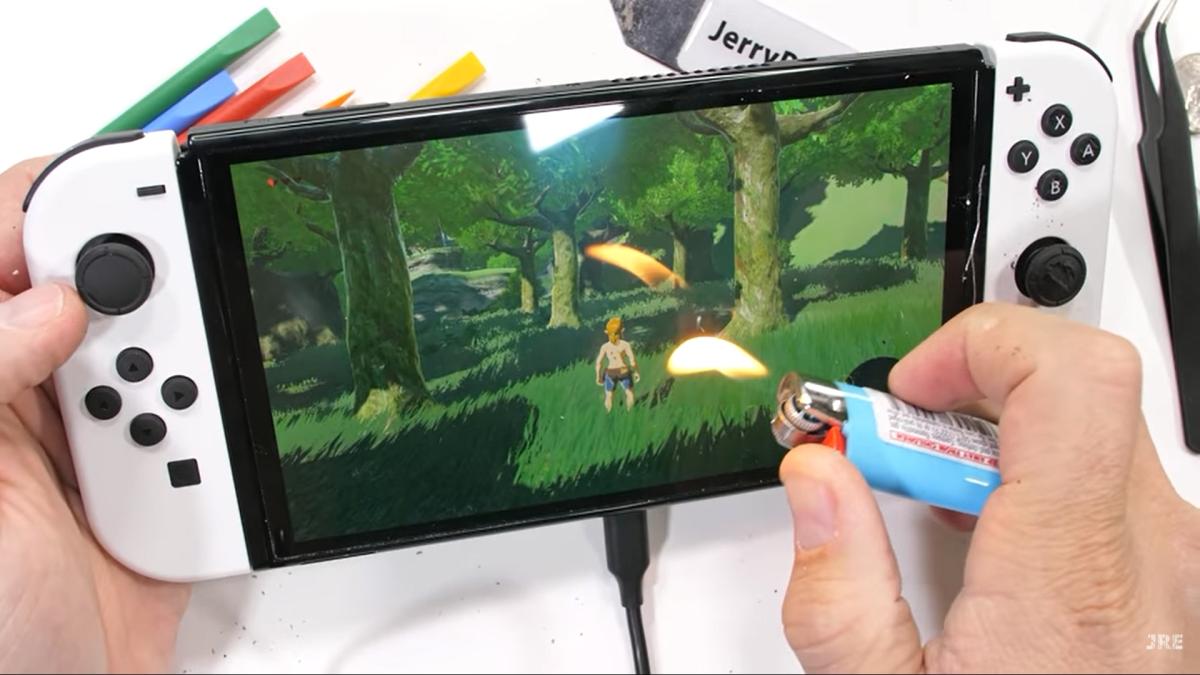 The new Nintendo Switch OLED fails in durability, according to this brutal test

The new Nintendo Switch OLED console is already in the hands of users, and of course on YouTube they are already subjecting it to all kinds of torture.

A portable consoleLike a mobile, it is a difficult device to design. Not only because of the technology itself, but because of its status as portable product to use directly in the hands of users.

It is the worst possible situation for a manufacturer: users tend to be very little careful with portable products, and they end up receiving constant bumps and falls.

JerryRigEverything is a popular YouTube channel, with more than 7 million subscribers, that has submitted to a durability test to the new Nintendo Switch OLED. Sensitive Switch fans better not watch it, because the console is subjected to all kinds of savage torture …

As we see in the video, Jerry Rig has no problems is scratching, hitting, burning and even trying to split the Nintendo Switch OLED console in half with your bare hands, while it is on.

The result is not very good. Gives the Nintendo Switch OLED (review) a score of 2 out of 10 in durability, and advises its users put a protector to the OLED screen, Yes or yes.

There are different types of OLED screen. According to their resistance: plastic, crystal, sapphire and diamond.

Nintendo has confirmed that its OLED screen is glass, but JerryRigEverything has verified that scratches easily, like plastic.

The reason is that the OLED display of the Switch has a thin layer of plastic to prevent the glass from being thrown if the screen is broken by a blow.

Many people have removed this layer believing that it is a factory wrap, but it does not have to be done because it is a protection that must be left.

This layer, being plastic, scratches easily. That’s why you have to put a scratch guard additional.

Also, as we see on video, fire spoils said plastic layer permanently. Although the important thing is that it does not affect the glass OLED screen.

A strong point of the screen is that it won’t bend even when you apply a lot of force. And that it is flexible, so it can receive small strokes or pressure with your finger or a stylus without being affected, as long as you do not scratch it.

Other parts of the console, such as the case, they are easily scratched with a cutter. Hence the low durability score. Although in the case of the case, the same happens with any 350-euro mobile.

The conclusion is simple: if you want to keep your Nintendo Switch OLED console in good condition, put a screen protector on it. And treat the casing well, keeping it away from sharp objects, which can leave a mark.

If you just bought it, these are some of theThe best games to test the Nintendo Switch OLED screen.

Are you encouraged? These are the free Google courses that are available