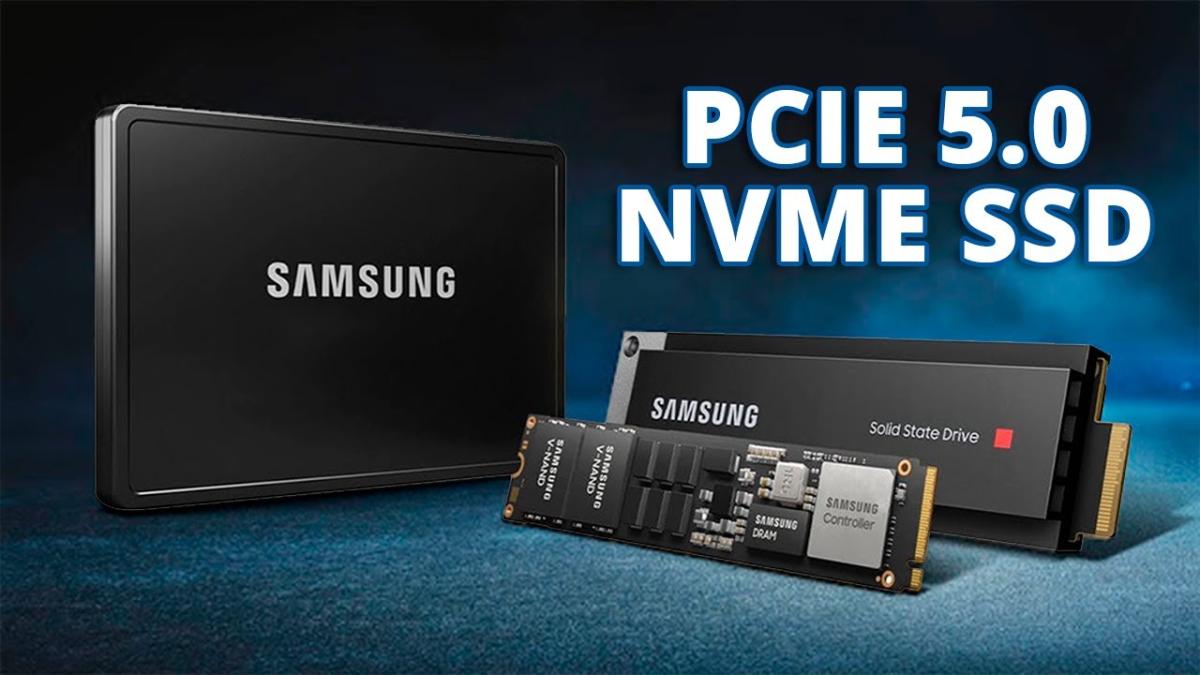 This Samsung SSD breaks all speed records, but you can’t buy it

Samsung is testing its new SSDs through the PCIe 5.0 port and the result is impressive. Double the speed of previous models and with still room for improvement.

Samsung has unveiled a PCIe 5.0 SSD which confirms that storage products should continue to double in speed every few years.

Designed for business servers, The PM1743 SSD can achieve read speeds of up to 13,000MB / s and handle 2,500K input / output operations per second (IOPS), almost twice what today’s best PCIe 4.0 NVMe drives can do.

PCIe 5.0 supports up to 32 GT / s, twice that of PCIe 4.0. And, to take advantage of that bandwidth, Samsung has developed its own driver together with Intel.

“Together we have resolved the complicated technical issues encountered with PCIe 5.0 during this initial evaluation period.“, the director has declared of Intel technology initiatives, Jim Pappas.

It also offers improved energy efficiency of up to 30%. In this way, Samsung not only wants to reduce waiting times on servers, but on top of that, they will reduce their carbon footprint, which is a step forward in terms of efficiency.

And although the PCIe 5.0 port still sounds like the future, the next version is already underway. The PCI Special Interest Group has released a PCI Express 6.0 specification, which could reach a whopping 256GB per second over 16 channels, twice as fast as PCIe 5.0 and four times as fast as the 4.0 specification.

But nevertheless, that format will have to use a new trick called pulse width modulation technology It can carry twice as much data as existing methods without using ridiculously high frequencies.

The Kingston SSD A400 is one of the best options to accelerate a PC thanks to its read-write speed and, above all, its very reasonable price.

It is also expected to be the first PCIe 5.0 SSD with dual-port support, ensuring server operation when connection to one of the ports fails.

Huawei P50 Pocket: hitting the table of folding that do not want to be a tablet