OnePlus has been the center of attention since its creation, of many users of the Android community for the small quantity and high quality of its devices, and for always being accompanied by very clean software. Although this trend in the last two years has changed a lot.

OnePlus recently confirmed an event in which they will present two new devices and True Wireless headphones on April 26. These devices would be, according to experts, the OnePlus 10R, OnePlus Nord CE 2 Lite and the Nord Buds.

Thanks to a leak On the part of Digital Chat Station, we know that OnePlus is going to present a new range of devices, starting with the OnePlus Ace.

This OnePlus Ace will come from the hand of the chip of Mediatek Dimension 8100and which will also have a excellent 150W fast chargingyes, one hundred and fifty watts.

As far as the screen is concerned, this device would have a screen OLED 6.7 inches, with Full HD + resolution and a refresh rate of 120 Hz. 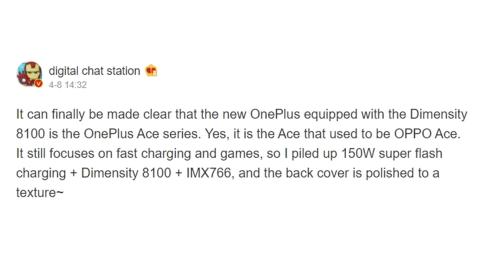 In turn, it will have a 4,500 mAh battery, which will be charged thanks to a 150 W charging technology, which will allow us to charge our device from 0 to 50% in just 5 minutesspectacular.

This new range by OnePlus certainly reminds us of OPPO’s Ace range, which was based on devices that they stood out for their load and their approach to video games. 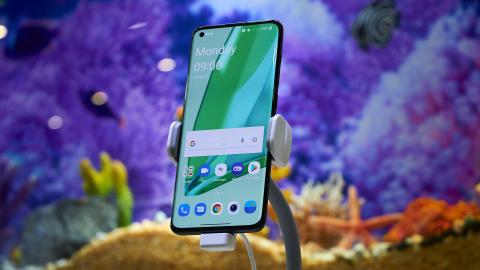 All this after having recently submitted the new OnePlus 10 Pro, the company’s flagship device with which it seeks to reconnect with its loyal followers in the community, who have been with them since its inception.

This is more than a mere coincidence, as Realme recently announced that it would release its first 150W charging device, and which seems to share most specs with this OnePlus Ace (maybe it’s a rebranded version of it?).

We will be pending the release date and publications by OnePlus in this regard to bring you all the corresponding information.